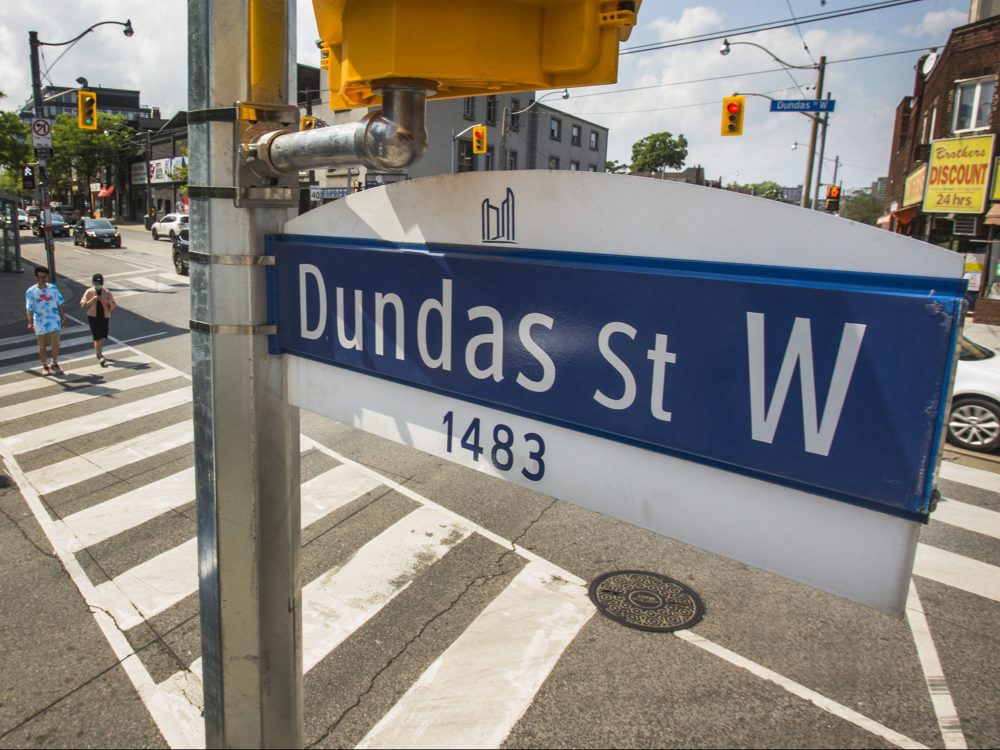 The city hasn’t even emerged from the strict lockdowns of the past 15 months due to the COVID pandemic.

It will be quite some time before Toronto’s economy is firing on all cylinders for those businesses who’ve managed to survive.

Councillors with modular housing projects or hotel shelters in their wards appear to be in complete denial about the fallout of crime and drug dealing in the surrounding neighbourhoods, dismissing those who raise their concerns — media and residents — as fearmongers.

As I’ve discovered since I started riding my new e-bike, our city streets are rife with bumps, cracks, and craters — and some of the weeds in poorly maintained city parks are beyond belief.

But never mind, our politicians and bureaucrats must be on top of all the issues that are turning Toronto, sadly, into a complete eyesore.

If not, why spend so much time, money and political capital on renaming Dundas St.?

Obviously, that’s a rhetorical question reiterated many times since the latest vote-buying exercise to pander to the “woke” was unveiled Monday — all  24 pages of the “Recognition Review Project Update and Response to the Dundas Street Renaming Petition.”

When I first heard of the political support to rename Dundas St., I thought it had to be a joke — that it can’t possibly be a priority to embark on this $6.3-million-plus move, considering the many challenges facing Toronto at the moment.

But according to the report from city manager Chris Murray, this is only the start, with a full “Recognition Review” underway to respond to how “systemic racism and discrimination” is embedded in place names and city assets.

In other words, Dundas St. is only the start, with Yonge and Jarvis Sts. — also named after apparent slave owners and slave traffickers (William Jarvis and George Yonge) — mentioned as other possibilities.

Murray said numerous “discovery sessions” and engaging in peer-reviewed academic research of 400 (!) case studies on the efforts of the street’s namesake — Henry Dundas — to delay the abolition of the slave trade, there is no choice but to completely rename Dundas St.

To do so, 97,000 residents and 4,500 will need to change their addresses, the costs of which the city appears not to want to support.

The estimated costs for the renaming — the new name to be decided by a community engagement group of Black and Indigenous leaders — are astronomical.

They include TTC costs, street signage and the renaming of Yonge-Dundas square. The cost will be as much as $6.3 million with an up-to $820,000 contingency fund thrown on top. If approved, another $450,000 will need to be spent this year to get the community engagement up and running.

There is absolutely no mention in the report of the potential downside of this project, or whether it can be done legally.

Former city budget chief and councillor Mike Del Grande said the question of renaming Dundas St. came up when he was in office and council was told by the bureaucrats they couldn’t do it because it would impact on the land registry and land titles with respect to the legal descriptions of all the properties on Dundas St. There was also an issue with the post office, he said.

Besides, Dundas, Jarvis and Yonge all lived in the late 1700s. Times were vastly different. My goodness, times have changed since just the 1960s.

Are we prepared to cancel history or learn from it?

I suspect I’ll probably be cancelled in some circles (if not already) for daring to say it, but trying to cancel Dundas St. for the sins of our British rulers from 250 years ago is just plain absurd — one of the most absurd ideas I’ve encountered in my 20 years covering City Hall.

Previous LEVY: Careening through Toronto on my new e-bike Next LEVY: Attacks against Canadian Jews soar in May