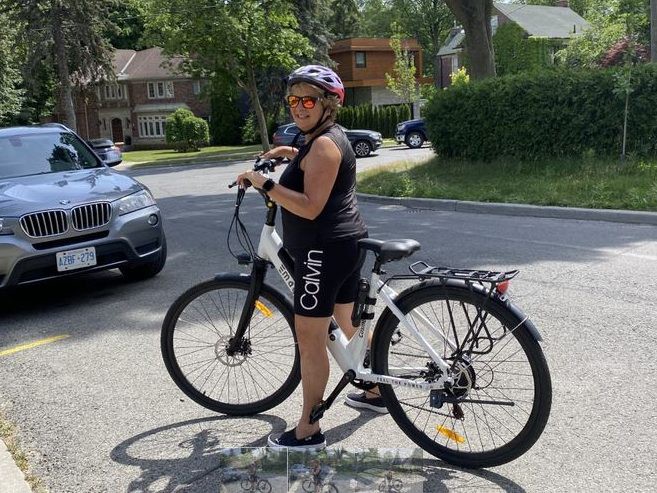 A few weeks ago, I decided it was time to completely succumb to Toronto’s cycle culture by purchasing an e-bike.

In recent years, I have written many articles admitting I’m a cyclepath, having commuted to work all summer pre-COVID — even using some bike lanes to do so.

I’ve also called out our city politicians innumerable times for ramming through bike lanes and closing down streets wherever and whenever the mood struck them without any thought for how their decisions affect businesses, let alone drivers.

If it sounds like I’m giving out mixed messages, not so.

Bike lanes and paths are proper and needed to keep cyclists safe, as long as they’re installed with appropriate planning and forethought.

Trying to turn busy commuter thoroughfares into “complete streets,” like Bloor St. or the 2.3 km of cycle tracks on University Ave. — where cars, bikes, taxis, buses and ambulances heading to University Ave.’s hospitals all compete for limited space — is a recipe for disaster.

Eliminating valuable street space on such heavily travelled streets as Woodbine Ave. in the winter — when only a few hundred diehard cyclists ride there in the summer — makes even less sense. City officials told me recently that the latest count in September 2019 showed only 177 people were cycling in the Woodbine Ave. lanes over an eight-hour day.

I’ve already taken my e-bike to the new lanes on the drastically reduced Yonge St., from Davisville to Yorkville — a supposed pilot project — and I pity the cars already lined up and idling while they manoeuvre a few blocks around the lanes and CafeTO structures.

The street is far too narrow at points to tie it up with bike lanes. Having ridden downtown and back many times, there are alternatives with far less traffic.

Yet, after spending nearly $2.8 million, according to city officials, to design, install and evaluate this pilot, what is the likelihood that it would be ripped out? Besides, it looks pretty permanent to me.

So, getting back to the e-bike, there’s nothing more I enjoy in the summer than cycling downtown, along the waterfront or on the Don Valley trails. But on a regular bike, I would often have to cut my adventures short knowing that it was all uphill riding home.

A little assistance with those hills can’t hurt. And I’ve found it’s safer.

That was my impetus for visiting Epic Cycles in the Junction a few weeks ago to take a look at their e-bikes. I had been studying their products online for months, even calling the shop from Florida to find out whether I could demo them first.

I knew that there had been a run on regular bikes (I still have one of those, which is almost brand new) during the pandemic but because of their price points, e-bikes weren’t moving quite as quickly.

However, according to Epic store manager Aristotle Zarris, interest picked up when the weather started to get better.

I chose their Magnum Cosmopolitan — a good commuter bike that could hit speeds of up to 30 km/h if I let it. I had them dial back the top speeds by 5 km/h because the older one gets, the harder one falls!

At about 22 kg, it is one of the lighter models, although lifting and handling it takes some getting used to. The removable battery — fully charged in about four hours — weighs about 3.6 kg.

As coincidence would have it, I later found out Magnum uses Israeli technology and Epic Cycles is owned by former Israelis.

I’ve had the e-bike two weeks now and riding up the hills of Poplar Plains Rd. and Yonge St. are a breeze.

Once I leave my columnist job this week, if all else fails, I’m ready to become an Uber Eats delivery person.

Toronto cycling stats as of June 2021:

Previous Pride festivities go virtual for the second year in a row Next LEVY: Is Dundas St. to become the new Woke Way?