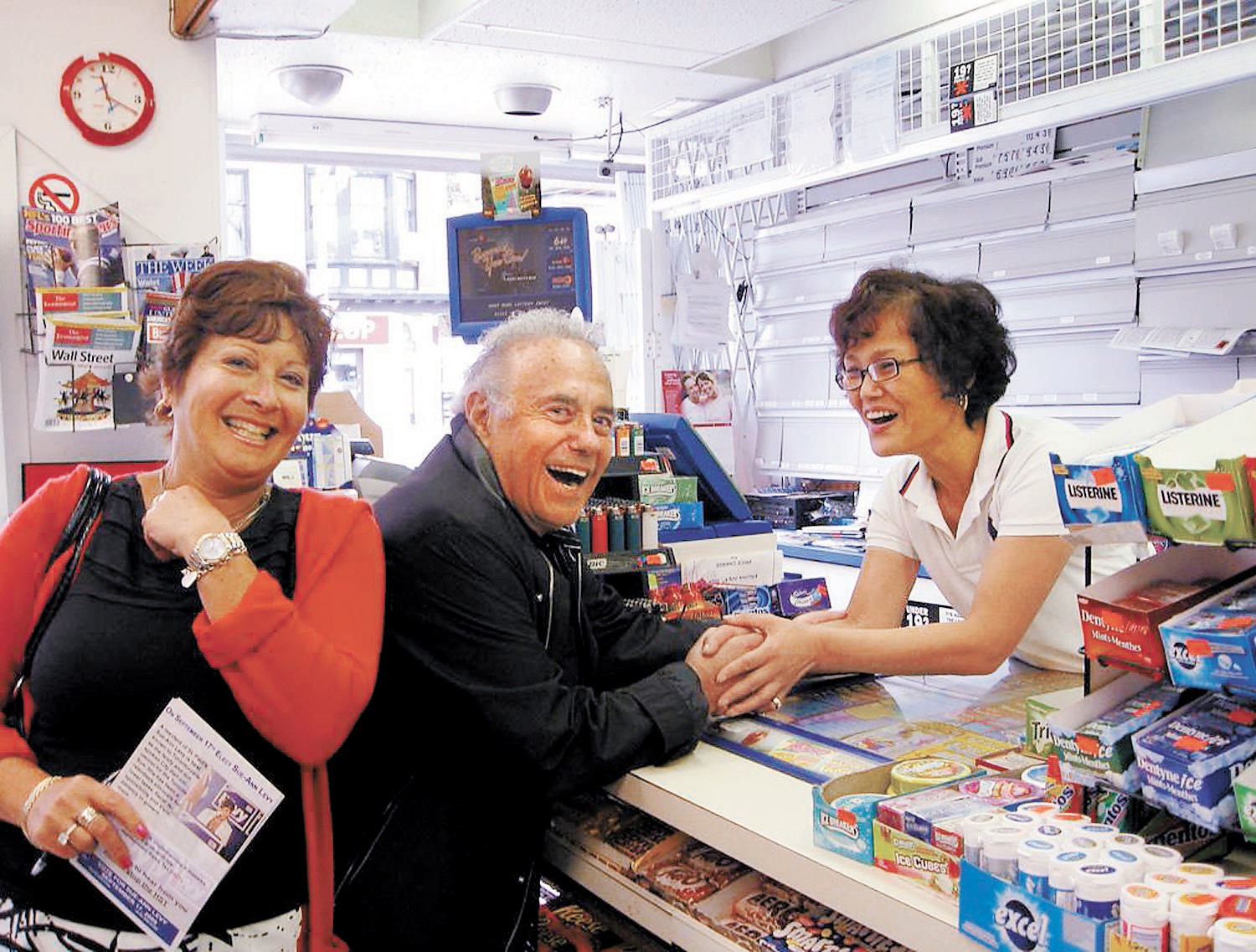 When I first walked in the door of the Toronto Sun 31 years ago (oy vey!), executive editor Les Pyette, colourful himself, called me the “feisty girl from Gravenhurst.”

You can take the girl out of Gravenhurst but you sure can’t take the feistiness out of the girl.

I can truly say my 31 years flew by engaging in my two passions: Writing and fighting for the Underdog (insert shameless plug for my first book here).

Politicians never much impressed me. But give me a good story about someone the system treated unfairly and I took no prisoners.

For three decades, I also satisfied my wanderlust by writing adventure travel stories for Sun papers across Canada and my love for the stage by appearing on radio and TV and through speaking engagements.

As I adapted to the many changes in the business, it became a time of tremendous change for me personally–much of it chronicled in the Toronto Sun.

I met my wife Denise Alexander on a story in July of 2006 when I got a call from her lawyer about the problems she was experiencing with City Hall. She could not believe the jabberwocky they spoke there; I was quite used to it.

Newly out of the closet after 20 years — that story told on the front page of the Sun on Pride Day 2007– it took me a few months to admit to my editors I’d met the love of my life while helping her navigate the red tape at City Hall.

Eventually I did and in 2009 I wrote about our traditional Jewish wedding under a chuppah on Father’s Day. My story made such an impact. An ultra Orthodox rabbi took time to write and wish us a  Mazel Tov.

Two weeks ago, Denise and I celebrated both Father’s Day and our 12th anniversary, for the first time without our dear fathers.

Some of my dearest longtime friends were made during my time at the Toronto Sun: Zen Ruryk, who at City Hall helped me expose lavish council expense accounts which led to changes in how they were reported; Moira Macdonald, Lorrie Goldstein, Anthony Furey and Chris Blizzard, who wrote a beautiful tribute to me when I ran for MPP in 2009.

Many readers and the people I had the opportunity to interview touched my life as much as I touched theirs.

Throughout my career –building on the journalistic principles I was taught at Carleton — I tried to be a straight-shooter, factual, often tough but fair. I felt I couldn’t do a story properly unless I went out to the scene and talked to people as human beings, which one too many times found me in bed bug and cockroach-infested social housing units or on homeless head counts.

I literally threw myself into my stories.

As the City Hall columnist, nothing incited my indignation more than the reckless spending of politicians and bureaucrats — the mismanagement and waste, the spending on virtue signaling activities that would win politicians votes instead of fixing roads, sewers and offering the homeless a hand up instead of constant handouts.

I covered four mayors, each of whom bristled very openly when I’d lob them a hard question. I don’t suffer spin gladly.

In my first years at City Hall, there was no social media. But once it came into existence, a long list of councillors bragged about blocking me on Twitter. They hated my irreverence. I found their arrogance shameful. Hey, why not throw yourself a farewell party at the Rosewater Supper Club using $12,000 of taxpayer funds as one councillor did in 2010?

I’ve chased after many school board directors and councillors who tried to scurry away from me before I could get a quote. The 16 half-marathons I’ve run certainly have helped!

Pride organizers told me I was a disgrace to the gay community for criticizing their ban of police participation in the Pride parade. I was escorted out of an Indigenous town hall by four armed cops for requesting information the organizers did not want known, and a poverty group put up 100 pictures of me — resembling a wanted poster — in Cabbagetown for writing about safe injection sites. It seemed to bother them immensely that I have advocated for rehab instead of enabling drug use.

I grew a very thick skin and maintained my sense of humour throughout.

My most rewarding time was spent on stories that shamed the entitled and often got action: The tenants living in substandard conditions in TCHC while senior executives got raises; the seniors who were told by council they couldn’t take down an invasive Norway maple that had become a tenant in their basement; the homeless man who desperately wanted to break the cycle of dependency and to whom I gave a new winter coat; the tenants shoved out of their Regent Park homes under false pretenses, never to be able to return; and the vulnerable seniors who lost their lives to COVID or to isolation.

I wouldn’t trade any of it.

But sadly, the world of journalism has changed in recent years — a casualty of the demise of civility — where a mob of activists and their fringe media supporters feel it  acceptable to attack personally, bully and harass anyone with whom they don’t agree.

It started with Mayor Rob Ford in 2012 when, hypocritically, those who espouse safe injection sites cruelly mocked Ford for his addictions.

It has ramped up in recent years.

When I first announced my departure from the Sun last week on Facebook, the “tolerant” woke got their shots in along with a city councillor who couldn’t show class or civility.

But truly it is the many hundreds of emails, wishes and even kind shout-outs in public from readers that I focus on as I look forward to reinventing myself.

I hope all of you will stay in touch.

From July 3 onwards, please find me at levysueann@gmail.com.