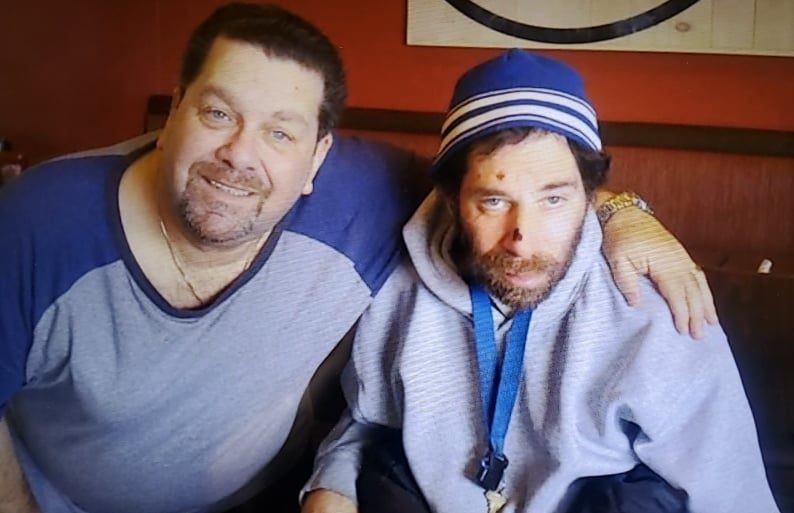 Sheldon Berman — a disabled man who “wouldn’t hurt a fly” — was the victim of a deadly attack simply for walking through a downtown park, his brother said Saturday.

Allan Berman said his 60-year-old brother, who was autistic and suffered from schizophrenia, was “very gentle, sweet, kind to everyone and very shy.”

Sheldon, who lived in a retirement home in the Dufferin and College area, went for “walks by himself all the time” and was “afraid of his own shadow,” his older brother said.

He said the man, who was on Valium but still heard voices due to his schizophrenia, “minded his own business.”

Still he was often bullied because of his handicaps and was in fact beaten up 10 years ago by five guys while walking to the store, all for $5, his brother said,

The evening of June 2 would be the last time he enjoyed one of his walks.

Berman said Sheldon was walking through a park when a man came up from behind and started beating him senseless.

He has no idea what provoked the attacked or the motive, noting his brother had no money and would often ask people for a few bucks to buy cigarettes.

He didn’t know which park but police say it was in the Montrose Ave. and Harbord St. area. The nearest park is Bickford Park, with Dufferin Grove Park a few blocks away.

The police report says Sheldon was transported to hospital with critical, life-threatening injuries.

Berman said the perpetrator did “so much damage to his brain” from repeated kicks to the head, it was virtual mush and if he’d lived, he would have been a “vegetable.”

Sheldon in fact lived until this past Thursday evening. He was laid to rest Friday afternoon.

Berman said when it was clear his brother had no brain activity, he asked doctors at St. Mike’s–where he was taken –to pull him off life support last Sunday.

“He couldn’t see, he couldn’t hear, he just lay there and couldn’t move,” said Berman

He and his wife Miriam spent five hours on Thursday at his hospital bed completely in tears.

Berman, who drove a dump truck and a snow plow for 43 years and is now suffering from Parkinson’s and cancer, said he’s most grateful to a witness who called police.

“He (the alleged perpetrator) was caught in the act,” he said.

Police have charged James Macleod, 25, of Toronto with four counts of aggravated assault, assault by choking, assault with a weapon and attempted murder.

TPS spokesman Laura Brabant said Saturday the charges “will be upgraded” when the accused attends his next court appearance — scheduled for Aug. 18.

Berman said he intends to be there.

Meanwhile as he sits shiva this week, Berman will remember a brother who was “harmless” and “innocent.”

“He was an all round great person,” Sheldon’s older brother said. “There was nobody else in the world like him.”

Family friend Aaron Hadida has organized a gofundme page to help with the funeral and other expenses.

Previous Arrests made in Danforth Rd. shooting two Sundays ago Next LEVY: A new chapter calls after 31 wonderful years