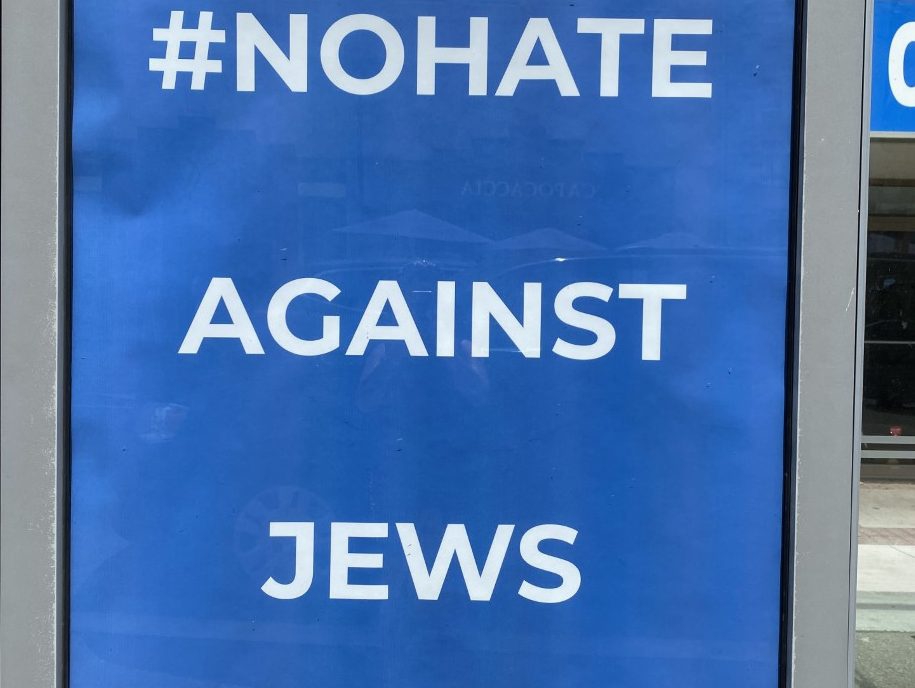 In an effort to denounce what the organizer of a new movement is calling an “unprecedented” rise in anti-Semitic hate in Canada and Toronto,  a series of billboards will appear in 86 bus shelters around the city for the next month.

The billboards contain the message #NOHATEAGAINSTJEWS, says the founder of the United Grassroots Movement, Agnes Imani.

Imani says the blue and white billboards were created in just two weeks by a group of 25 volunteers.

She says the $25,000 needed for the campaign was raised in just a week through social media channels.

Imani said the organization was founded in May — during a wave of “brazen, vile, violent and public” anti-Semitic incidents in the GTA–because they felt they weren’t being supported by large Jewish advocacy organizations and not enough was being done.

She adds that despite the “obligatory blanket condemnations” from government officials, there is “excruciatingly little public outrage” or action.

“We felt felt we had to take matters into our own hands,” she said Thursday. “If not this hate could escalate to where we don’t want it to be.”

She says all of the volunteers do this out of a passion to confront Jew hatred.

Imani adds that Canada’s anti-hate laws tend to be “toothless” and any punishments meted out are rarely enforced.