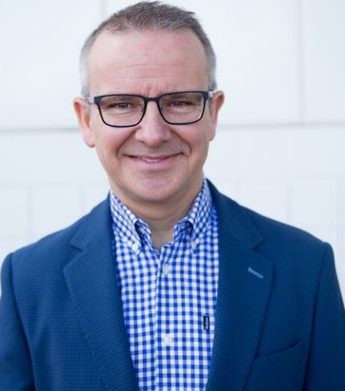 Over the past week, perhaps subconsciously, I have been walking into grocery and drug stores maskless, having forgot to put one on.

Or maybe it’s because we’re living in this state of paralysis in Ontario while many states south of the border have lifted their mask mandates — if they had them — even for the unvaccinated.

The mask mandate is scheduled to lift on July 11 in Saskatchewan and next Thursday (July 1) in Alberta.

Meanwhile here in Ontario we are inching along with Premier Doug Ford crowing about what a great service he’s done us  by moving the start of Stage 2 back to June 30 from July 2. Considering July 1 is a stat holiday, that’s exactly one day.

As my friends agree, we are all so over COVID.

I am so through standing in line to buy a few groceries.

In fact, when I drove back from Florida with my wife on May 8, I literally felt I had gone back in time six months.

It was depressing, and so unnecessary.

Dan Kelly, president and CEO of the Canadian Federation of Independent Business (CFIB) told me Thursday the Premier and his advisors should have combined Stages 2 and 3 since Ontarians have reached the vaccination goals for Stage 3 set by Ford himself.

As of Thursday 76% of residents have had one vaccine; 29% are fully vaccinated.

In his own roadmap to reopening, Ford said Stage 3 would occur when 75% of Ontarians had one vaccine and 25% were fully vaccinated.

That of course does not include people — like me and my wife — who got vaccinated in the States and up until recently the federal government refused to acknowledge, perhaps petulantly because we had the audacity to get them outside Canada.

Kelly  provided graphics that show Ontario is a full month behind the last province — Manitoba — which opens up indoor dining on Saturday. If Ford sticks to the same schedule — foolishly I believe — indoor dining won’t be a reality In Ontario until July 23, even in areas not considered hot zones.

“Every hour, every day we are in lockdown there are more and more businesses making the decision to pack it in,” he said.

He points out hair and nail salons were never closed for a single day in B.C. and Saskatchewan, noting the provincial politicians worked hard to combat COVID while trying to keep the economy going.

“They recognized that just shutting things down blindly was not going to lead to better outcomes,” he said.

“Here the province has shut things down and literally thrown away the key for months.”

Kelly says he thinks Ford is so skittish partly because in March of 2020 he told people to go on spring break (and got tremendous pushback).

“He’s been spooked ever since looking for a virtual consensus of public health officials on every decision,” he said.

He thinks Ford wants to be remembered as the Premier who shut down the province for the longest time and “kept people safe.”

Quite frankly, I don’t think that will carry him to the next election. Instead, he and his caucus will be remembered for taking away our freedoms and keeping us under control for an impossibly lengthy time — while being too scared to send kids back to the classroom.

Not a good legacy.

In the process, some Ontarians have been frightened like crazy to go out for the past several months or will only go outside armed with mask, plastic face protector and gloves like the woman I saw on a main street near my home earlier this week.

“It’s going to take a lot to get them back into stores,” says Kelly. “They’ve been told by public health it’s dangerous to buy a scarf or a pair of shoes.”