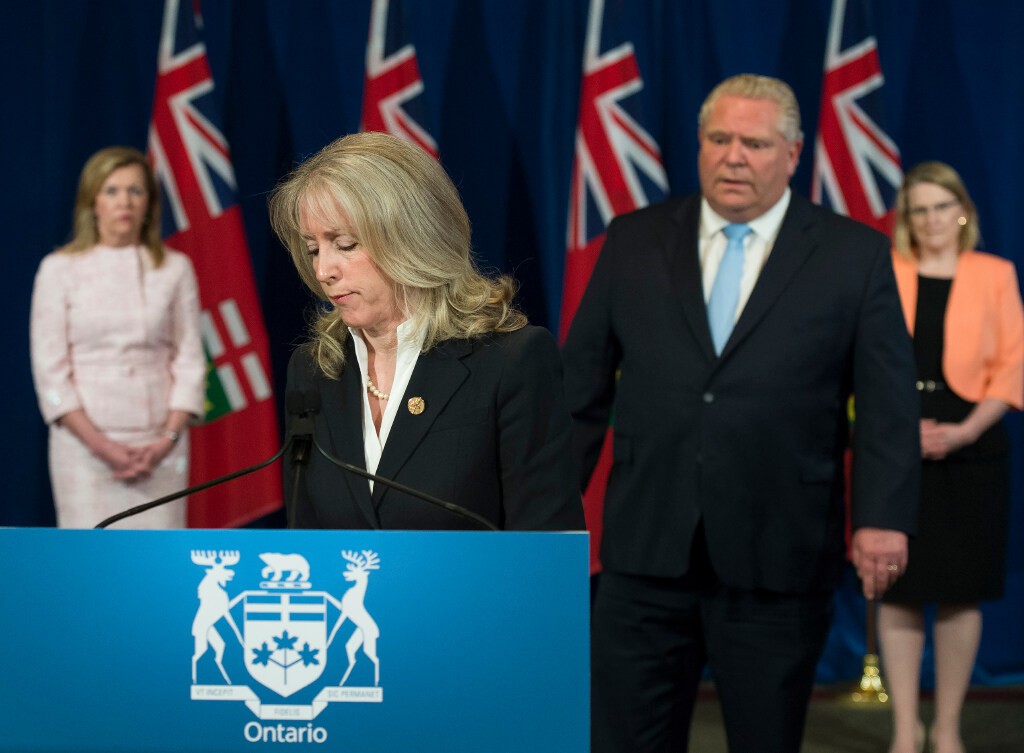 On Saturday morning now former Minister of Long Term Care Merrilee Fullerton was busy thanking everyone on Twitter for a job well done.

She thanked the many people who helped her “repair” and “rebuild” long-term care.

She also thanked her “team” at the LTC ministry for putting residents first.

It would be laughable if her tweets weren’t so darn infuriating and devoid of reality.

My gratitude goes out to the many wonderful people who helped repair, rebuild, and advance Long-Term Care in Ontario. To the many health professionals, long-term care advocates, first responders and everyone who has worked to make LTC better, thank you for your dedication.

It was as if she’d had an award-winning Oscar-like performance at the helm of the long-term care ministry over the past three years and most particularly during the COVID pandemic.

Forget about the nearly 4,000 vulnerable seniors who died in long-term care homes not just of COVID but of neglect, dehydration and loneliness.

Forget about the loved ones who were constantly forced to fight LTC operators who abused their power and prevented them from seeing their moms and dads.

Thank you to my team at the Ministry of Long-Term Care who worked tirelessly over the past two years to create a brand new ministry putting residents at the centre of everything we do. You have made a positive difference in the lives of others. I am grateful for you.

Forget about a second wave last fall that was even worse than the first despite the release of a scathing Canadian military report on five LTC homes that clearly pointed out the problems.

Forget about the bumbling job Fullerton and the Doug Ford government did rolling out vaccines to seniors in LTC and retirement homes, sitting on the vaccine for more than a month while more residents died before they actually got moving.

But Ford didn’t waste any time ramming through Bill 218 last November — a piece of legislation that significantly raises the burden of proof for families that sued LTC homes for alleged negligence during the pandemic.  They now have to prove “gross negligence” instead of simple negligence — characterized by advocates as a “get-out-of-jail-free card” for LTC home operators.

Lessons were not learned, adjustments were not made in the slightest.

In fact, when the scathing 332-page report of the LTC commission was released last month, Fullerton coldly brushed it off without a bit of remorse or an apology.

Inspections of homes are still virtually non-existent let alone follow-up, enforcement and consequences for homes that don’t clean up their act.

I listened to the Cabinet shuffle Friday, which saw Fullerton moved into another high-profile Cabinet post, just after I’d been on the phone discussing a stone for my dad’s grave.

My dad was not in a LTC home when he died of COVID last Nov. 29. But who knows, had the Doug Ford government instituted rapid testing at vulnerable homes like his dementia facility more efficiently, he might still be here to celebrate Father’s Day.

The one bright light is that Rod Phillips is a capable businessman and if anyone can fix the mess left behind by Fullerton in long-term care it is him. He does not suffer fools.

Still it pains me to think that Fullerton is on to another high-profile and huge ministry — Children, Community and Social Services– where the very empathy, compassion and competence she seems to lack is so needed.

I’ve covered plenty of narcissistic, egocentric, unaccountable and thin-skinned politicians in my years as a columnist, but Fullerton wins the award not just for The Worst Performance in a Leading Role but for the politician most (perhaps willfully detached) from the harm she and her ministry did during COVID.

Previous LEVY: Will city finally evict campers from downtown parks? Next LEVY: Ignore the activists, clear out all the park encampments