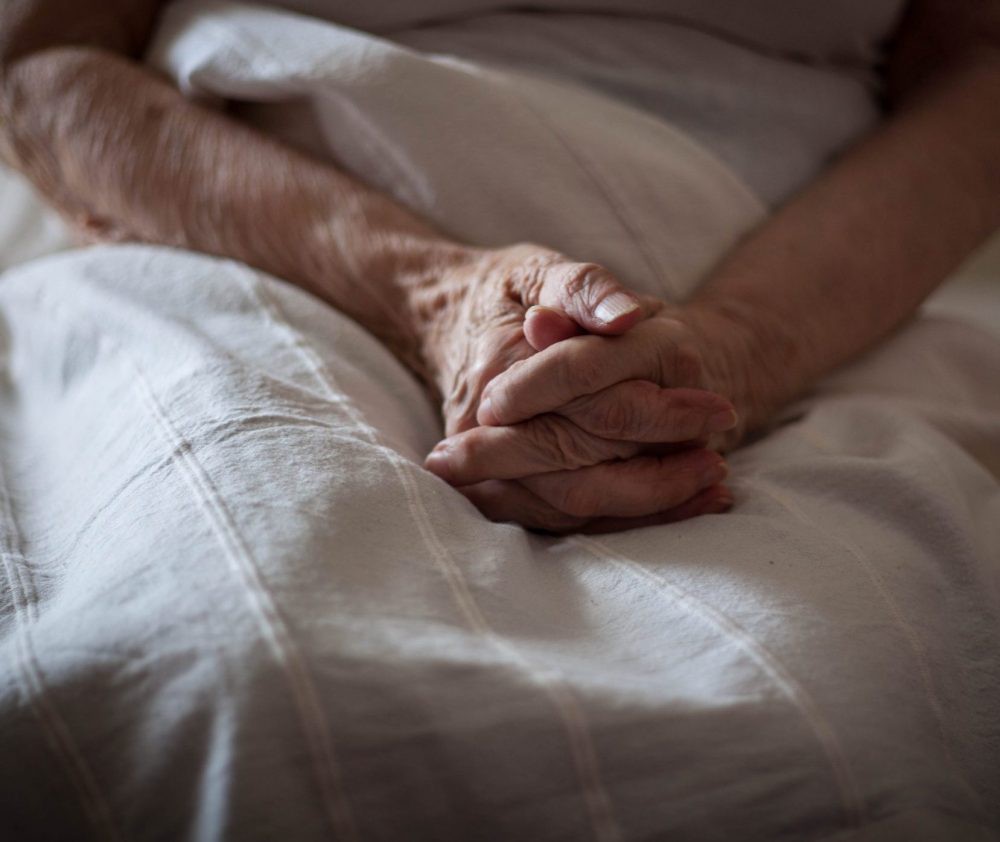 Marta Hajek, executive director of Elder Abuse Prevention Ontario, says the past year has seen a 250% increase in calls to their Seniors Safety Line from older adults dealing with neglect and financial abuse.

She’s referring to the 83% of seniors living in the community in Ontario — not those in long-term care or retirement homes — who were forced into a lockdown and various restrictions for more than a year.

“There’s a lot going on behind closed doors which is not even reported,” she said Monday on the eve of the World Elder Abuse Awareness Day.

She said the Seniors Safety Line fielded 40,000 more calls in the past year, a “frightening” thought.

Most of the calls were related to physical “neglect” of seniors, financial abuse and abuse of powers of attorney.

Hajek said it’s mostly family and trusted caregivers who are responsible for the abuse.

For example, she says, it can involve kids who have lost their jobs during COVID, moved back in with mom and take mom’s bank card and PIN number on the pretext they need to buy groceries and “away they go.”

Sometimes even caregivers who come into help will get tired and start to “demonstrate abusive behaviours,” she said.

The abuse can be emotional, psychological or not providing the necessities of life — withholding medication or not being as diligent as one should be to give the medication in a timely basis.

Hajek said not having access to one’s normal circle of friends — who might notice a senior is not as kempt as they’d normally be or whose physical appearance has deteriorated — was a big problem during COVID.

“A lot of the issues we talk about are not new, they’ve just been brought to the forefront because of COVID,” she said.

Dr. Elizabeth Podnieks, founder of World Elder Abuse Awareness Day and professor emeritus at Ryerson, said the day was formed 17 years ago and has grown tremendously.

The point of it is to “celebrate older people” and to say to abusers, “stop beating up on them.”

She feels that many times the elderly do know if a son is ripping them off and the “resilience” of seniors who undergo elder abuse is amazing.

Podnieks, who is in her 80s and sounded very feisty over the phone, said although elder abuse escalated during COVID–in particular financial abuse — she feels “so many good things” came out of the pandemic.

She says many other age groups who never knew what it’s like to feel isolated and lonely, got a real taste of it.

“Hopefully it will make them (those groups) feel more sympathetic to an older person,” she said.

She also found it quite remarkable and “marvellous” how many younger kids taught older people how to use technology (to communicate.)

“COVID has not been the end of the world for older people,” she said.

“Hopefully it has been a wake-up call for some.”

She says the problems with LTCs have been there for years and COVID, of course, brought them to the forefront.

Hajek says there is still not enough awareness around elder abuse and more often than not, it is cloaked around other issues like domestic violence.

“At the core of all of this is ageism,” she said.

“Somehow there’s this perception that people are less valued as they get older … that they are a burden on society.”