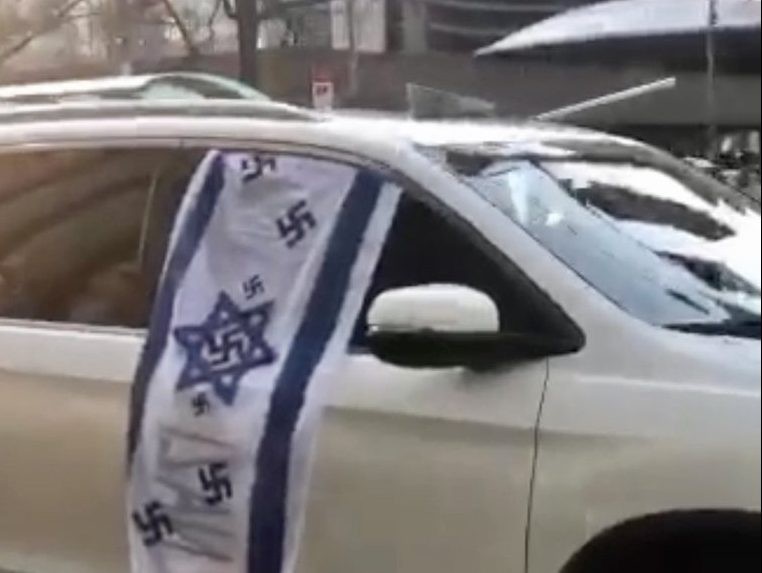 Mayor John Tory has come out swinging against the “concerning and unacceptable” rise in anti-Semitism in Toronto in recent weeks, saying he will not allow hatred to “take root” or “grow” in the city.

In a lengthy statement, he said he met with members of the city’s Jewish community, a few councillors and the police chief Tuesday night and heard the Jewish community’s “valid concerns.”

He vowed to target anti-Semitism in a public education campaign this year and will ensure the Toronto Police get support in the “pursuit of hate crimes.”

Tory urged anyone who witnesses an act of hate against the Jewish community to report it to the police.

More than two weeks ago, a pro-Palestinian rally at Nathan Phillips Square turned violent, resulting in the apparent beating of a 64-year-old Jewish man, Greg Nisan, with sticks and chains wrapped in cloth. Two women reported to the Toronto Sun that they were surrounded by an angry mob of pro-Palestinians as they sat in their car on Richmond and Bay Sts.

A video provided to the Sun shows two protesters setting fire to the Israeli flag on their car window.

Two individuals were charged following the protest. Toronto Police spokesperson Connie Osbourne said Wednesday no further charges have been laid but the investigation is ongoing.

Last week, the Toronto Sun revealed that educator Javier Davila issued two pro-Palestinian manuals to teachers in mid-May without the Toronto District School Board’s approval. The manuals, which he claimed were “carefully curated,” included advice on how to teach about the hateful Boycott, Divestment and Sanctions (BDS) anti-Israel movement and recommended books to read to children that portray Israeli soldiers as murderers and settlers as thieves.

Davila has been on home assignment and an investigation is ongoing. But he continues to tweet inflammatory anti-Israel comments, including ones that claim Israel’s “Apartheid Wall” has no pink door (to let in queer Palestinians) and that “white supremacy” led to the oppression of Palestinians.

Councillor James Pasternak, who participated in Tuesday’s meeting, said he has found it very frustrating knowing that if this kind of vilification occurred to any other group, there would be a “national outcry.

“The silencing has been deafening and extremely hurtful,” he said.

He said the big problem now is that are no consequences for this kind of hateful behaviour and “no widespread condemnation of the hate.”

He specifically called out Mississauga mayor Bonnie Crombie and Brampton mayor Patrick Brown for not singling out the activities of the many people who came to Toronto from their cities to protest.

“They may lose a few votes,” Pasternak said, “But they need to take a principled stand.”