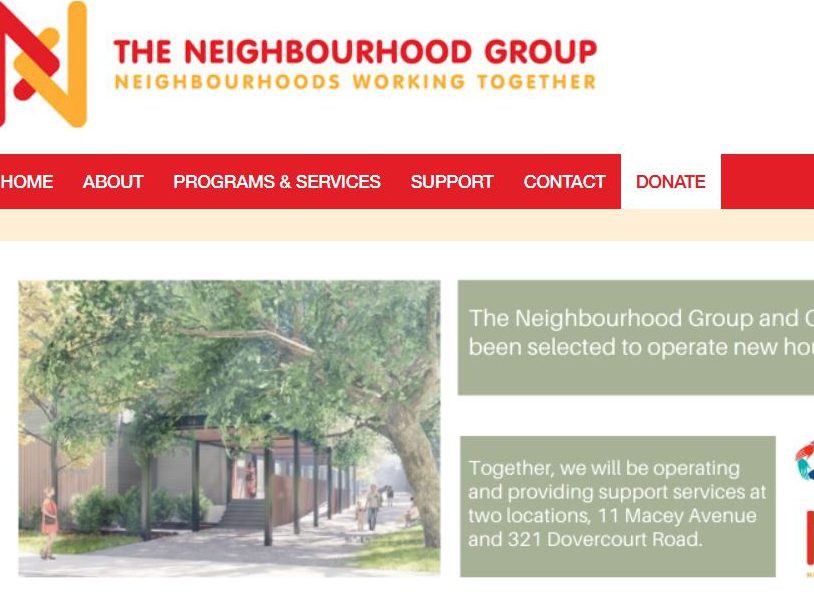 If I were living in communities near the next two modular housing projects about to go to council for approval — in Willowdale and East York — I’d be very worried.

After listening to a community safety meeting Tuesday night which was called to deal with fears — specifically from women — related to the new Dovercourt modular housing project, all of my concerns about these projects were reinforced.

I got the feeling that the cops may have been told to downplay any crime in the area; that those running the modular housing project on Dovercourt are not the least bit interested in rehabilitating the residents and that there appears to be a deliberate attempt to obfuscate concerns about the risk profile of residents placed there.

We’ve heard her say that the residents are subject to the “same laws” and have the “same rights” as any other renter in Toronto. She reiterated that in a dismissive letter to the Dovercourt community this past week.

Councillor Ana Bailao, who is responsible for that area along with being city council’s housing lead, reiterated that line Tuesday night, noting there are “privacy laws”  needing to be respected with these residents– and that any of these residents could end up in apartments.

Private landlords would probably do credit and reference checks of any would-be tenants.

Besides, this is far from a typical apartment.

On top of that, the rent is heavily subsidized. Tenants are only required to pay 30% of their shelter allowance or income support benefit to that rent figure, says city spokesman Ellen Leesti.

Some 24-7 on-site supports are also provided with provincial funding. Leesti says on average, each tenants is subsidized to the tune of $2,000 per month — which amounts to more than $1-million per year,  not including the fact that most are on government benefits.

That begs the question as to why some have been seen begging aggressively on Dundas St. W., — a safety concern raised by a mom living in the neighbourhood in a Toronto Sun story last week.

Diane and other moms also noted huge concerns with a recent media report that identified the building’s very first tenant as a 54-year-old repeat sex offender who just got out of jail last summer — after being convicted for prowling and peering into the homes of women near McCaul and Dundas Sts.

But when questions were raised Tuesday evening, there seemed to be little insight from the service providers from The Neighbourhood Group or COTA Health as to whether any of the tenants are high-risk or what constitutes high-risk– and whether the residents who are considered riskier have curfews.

In fact, Toronto Police Sgt. Jeff Zammit, who’s made close to $200,000 annually for the last seven years (according to the Sunshine list), denied crime has increased since the modular project has opened and claimed he hadn’t seen any drug dealing around the building so far, even though several moms say they’ve witnessed drug deals .

COTA’s Robin Sarniak said the huge number of calls made to emergency services since the building opened have been “medical.”

Despite the alleged lack of drug deals, Sarniak also went to great pains to talk about how tenants are given safe drug supplies, harm reduction assistance, and “safety planning” — all related to taking illegal drugs, for which tenants in private apartments can be evicted.

One mom living in the community, Jessica, called the safety meeting a waste of time.

She said there’s been a “massive failure” to protect the community — and that “erodes public trust.”

“Trying to get basic answers to very serious questions shouldn’t take years,” she said. “We’re still talking about this (project) because it was misrepresented, and they failed in terms of actually making the community feel safe.”