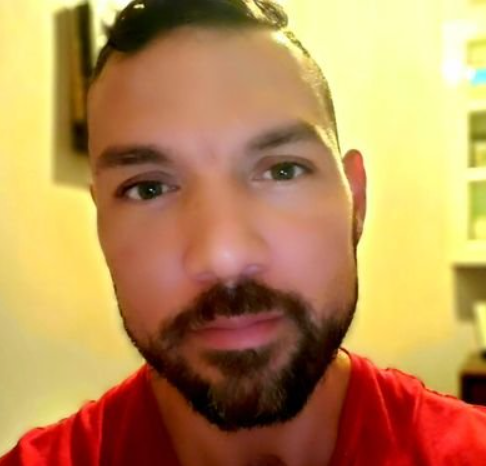 Mere hours after a Toronto Sun story appeared decrying a virulent 51-page anti-Israel manual sent out to teachers by Javier Davila, a student equity program advisor with the Toronto District School Board (TDSB), a petition was posted demanding justice for “anti-oppressive educators” like him who “demonstrate a commitment to decolonization.”

The four-page petition, still online and signed by at least 1,600 teachers and activists so far, demands that TDSB officials “not deign to respond to the incredibly biased reporting of known hate groups (implying the Toronto Sun) and release a statement condemning Israel’s (alleged) illegal occupation and colonization of Palestine.”

There is no mention in the petition of any attacks by Hamas on innocent Israelis with more than 4,000 missiles or on innocent Palestinians reportedly used as human shields.

Davila — who has not responded to Toronto Sun requests for comment — wrote a blog on Sunday in which he called himself “a courageous queer Latine guy with CPTSD” who openly challenges the status quo.

In it, he admits he sent out two manuals — one on May 16 and another on May 19 — in which he “curated” resources for educators specific to Israel and Palestine, many with often (allegedly) “erased Palestinian voices.”

The two manuals are shockingly outrageous in their bias against Israel, recommending, for example, children’s books that portray Israelis as murderers and thieves and other books and documentaries by and on known terrorists.

In an attempt to perhaps offset or excuse the anti-Israel content, included is a four-page primer on anti-Semitism noting that even “contentious, strident or harsh criticism of Israel of its policies — including those that led to the creation of Israel — is not per se anti-Semitic.”

The first manual, sent out May 16, alleges that Canada, with its support for Israel, is an architect of apartheid; promotes NDP leader Jagmeet Singh’s calls to block arms sales to Israel and includes a one-sided article on the May 15 pro-Palestinian protest at Nathan Phillips Square which makes no mention of Jewish onlookers allegedly being beaten.

“The discourse on Israel and Palestine has become binary and it is not nuanced, in spite of a clear power imbalance and documented skewed coverage,” he writes, seemingly unapologetic about his skewed bias against Israel and his curation of hateful messaging about the Jewish state.

The online teachers sites and Twitter feeds were buzzing with support for Davila all weekend, along with attempts to silence Jewish teachers who tried to provide a view of why the resources are hateful.

Aside from the anti-Israel propaganda, it was shocking even to me of how far afield some TDSB teachers have gone from teaching the basics to kids. It is little wonder, in my view, that many TDSB students perform so poorly on standardized reading, writing, and math tests.

He said the TDSB should broaden its investigations to probe whether teachers are bringing the same attitudes into their classrooms.

“There is no doubt that Mr. Davila promoted materials written by and glorifying terrorists…his ongoing refusal to apologize to the Jewish community or to take accountability for his own actions bodes ill for his future as a TDSB employee,” Mostyn said.

TDSB spokesman Ryan Bird said Tuesday online comments from staff members — personal or professional — do not reflect the views of the TDSB and all staff are encouraged to ensure that content associated with them is consistent with their work under board policies.

Staff will review each allegation of online hate on a case-by-case basis and take any appropriate action, he said, noting there is also a social media policy set out by the Ontario College of Teachers.

He said nothing about plans to remove the petition.

Caitlin Clark, speaking on behalf of Education Minister Stephen Lecce, said the minister “has been clear – all forms of hate, racism and discrimination have no place in Canada.”

If you have ever learned and/or unlearned from resources, you should be signing this petition.

–  Pia Berger, a virtual secondary school teacher who administers a TDSB teachers chat site (and blocked me on Twitter) says to one woman who argues that anti-Semitism is real and there are two sides to the conflict:

“That’s an incredibly dishonest and morally bankrupt stance. It’s despicable to talk about genocide as if there’s two sides or to use misleading words like ‘conflict.’ The Israeli state is oppressing Palestinians.”

SAL’s articles have been used to feed hate. By sending her screenshots, there are colleagues, coworkers, who could now be the target of hate…Don’t feed hate…Our posts, our activism, and anti-oppressive and equity-focused teaching, is grounded in care for our students.”

Previous Fire at homeless encampment under review Next LEVY: Modular housing neighbourhoods have reason to be worried