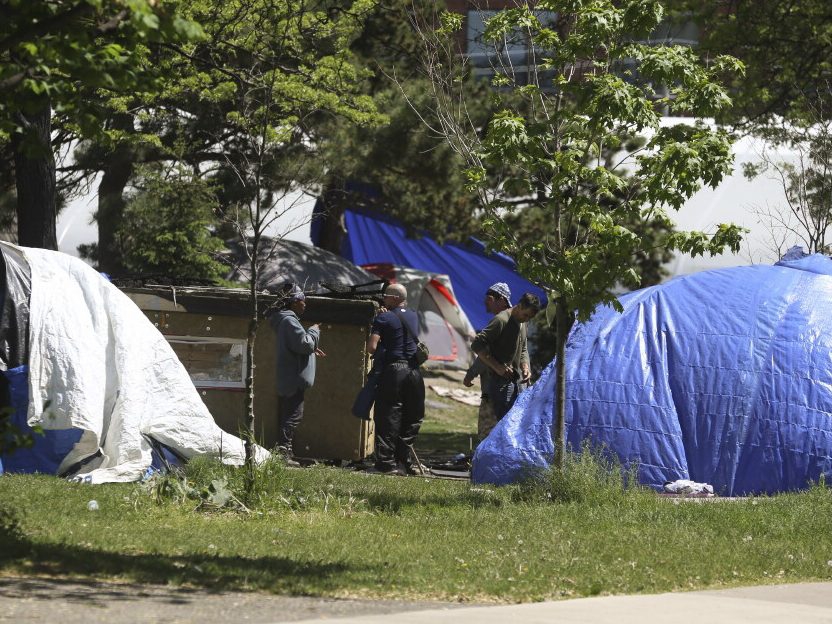 Police and fire officials are investigating a blaze that destroyed three tents and a wooden hut early Sunday at a homeless encampment that the city tried to clear last week.

Toronto firefighters responded at 5 a.m. to reports of screaming, explosions, and fire at Lamport Stadium park.

A city release says there were no injuries and the Toronto Police and Toronto Fire are investigating.

City outreach workers offered safe, indoor spaces to those displaced by the fire, but city spokesman Brad Ross said Monday they have so far declined the offer.

City workers and the police attempted to clear the encampment of 15 tents and other structures last week but were met with resistance from activists, who posted pictures on social media of their efforts to stop the bulldozers and aggressive exchanges with police officers.

The protests stopped the work temporarily for public safety reasons and Ross reported Friday that at least 10 people were seen at the park.

There have been repeated reports of fires and other hazards at the encampments in various downtown Toronto parks.