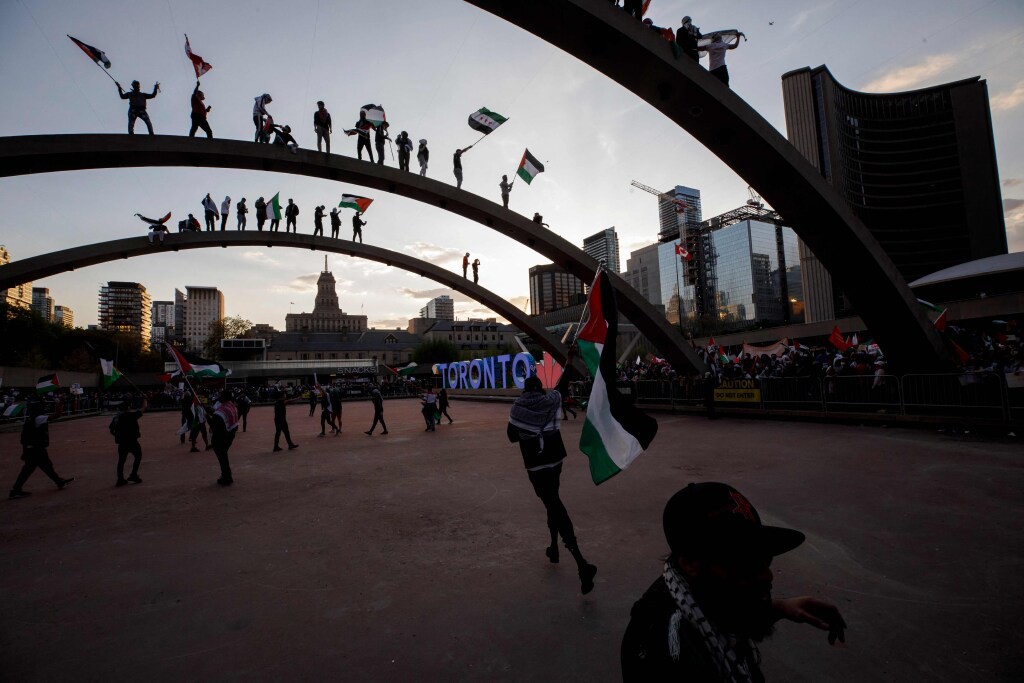 An educator with the Toronto District School Board (TDSB) is under investigation after he allegedly sent a virulently anti-Israel manual out to teachers that suggests a documentary and a book about a terrorist, recommends children’s books that characterize Israelis as thieves and murderers, and gives advice on how to teach students about the hateful Boycott, Divestment and Sanctions (BDS) movement against Israel.

The educator, Javier DaVila, has also blocked me from his Twitter feed (@XViolenceXPeace), which is rife with pro-Palestinian, anti-Israel posts. That feed, in which he calls himself a “queer latine transformer,” include the hashtags #FreePalestine #NoOneisDisposable.

DaVila is part of the Board’s Gender-based Violence unit, whose core function, according to TDSB online materials, is to prevent and address “gender-based violence, homophobia, sexual harassment, and inappropriate sexual behaviour by students towards other students in schools.”

TDSB officials did not respond to questions as to the cost of such a function, noting only that it now comes under the board’s Student Equity Program Advisors.

Still, there is no mention in its mandate of fighting alleged oppression in the West Bank and Gaza. There’s also no mention in DaVila’s manual or the fact that, according to many sources, male same-sex activity is punishable by imprisonment in many Middle Eastern countries, including the Gaza strip, or that often queer Palestinian men flee to Israel for safety.

That said, the 51-page manual — sent to an opt-in e-mailing list of TDSB teachers and obtained by the Toronto Sun — is introduced with a notice of an event that was held online last Wednesday entitled, “What Does Palestine mean for Black America?”

The eight speakers are all outspoken anti-Israel activists, including Angela Davis, who recently had a lecture postponed at an Indiana university for her ties to the hateful BDS Movement. Two of the speakers are actively involved with the Al Quds movement, which hosts a yearly anti-Israel protest in downtown Toronto.

The manual — which is shocking in its one-sidedness — includes recommendation of books about contemporary Palestine for children to read, books that are said to do a good job of conveying the “Israeli occupation.”

A Child’s View of Gaza includes an illustration of an Israeli soldier pointing his gun at a five-year-old Palestinian child.

Another called the Shepherds Grandaughter — written by a Canadian author — tells the tale of “illegal Jewish settlers” poisoning a poor West Bank shepherd’s sheep, destroying the family’s olive, fig and lemon and threatening West Bank villagers “with death” if they don’t leave the land.

There’s also a whole section on what BDS is all about — a movement that calls for the boycott of Israeli authors, artists, academics and products — and why teachers should be interested in supporting the movement.

In a section called Decolonize Palestine, readers are invited to visit the website https://decolonizepalestine.com — what appears to be a virulently anti-Israeli propaganda tool in which Israel is accused of “rainbow washing.”  The website contends Israel uses its track record on environmentalism, women’s and LGBT rights to “improve its dismal world image.”

Under suggested sources of further information — books, articles, documentaries and podcasts — DaVila’s manual proposes a book by and a documentary on Leila Khaled, a member of the notorious Popular Front for the Liberation of Palestine militant group that hijacked a plane in 1969. The PFLP does not recognize Israel.

In an attempt to perhaps offset or excuse the anti-Israel content in the manual, it ends with a four-page primer on anti-Semitism noting that even “contentious, strident or harsh criticism of Israel of its policies — including those that led to the creation of Israel — is not “per se anti-Semitic.”

This is in direct opposition to the now commonly accepted International Holocaust Remembrance Alliance (IHRA) definition of anti-Semitism that includes, among other things, claiming that the state of Israel is a racist endeavour.

DaVila did not respond to Toronto Sun requests for comment.

Late Friday, after seemingly being put on home assignment, he posted a series of tweets portraying himself as a victim and an “anti-oppressive educator” who now requires justice himself.

We cannot afford to repeat past harms by defending this violence through silence. Call out settler colonialism. Call out ethnic cleansing. Call out apartheid. Use collective privilege, transform harm and take a risk for liberation. No one is disposable.

“We cannot afford to repeat past harms by defending this violence through silence. Call out settler colonialism. Call out ethnic cleansing. Call out apartheid. Use collective privilege, transform harm and take a risk for liberation. No one is disposable. Love and gentle care,” DaVila tweeted.

These tweets earned him a response from a high school teacher who claims to be a queer anti-racist, anti-capitalist feminist:

“The OPT-IN mailout from @XjusticeXpeace was forwarded to a notoriously racist right-wing journalist who is publishing a hit-piece conflating (AGAIN) antisemitism and legitimate criticism of Israel. The politicization of real, intergenerational trauma has got to stop,” tweeted Beyhan Farhadi, PhD (@BBFarhadi).

The OPT-IN mailout from @XjusticeXpeace was forwarded to a notoriously racist right-wing journalist who is publishing a hit-piece conflating (AGAIN) antisemitism and legitimate criticism of Israel. The politicization of real, intergenerational trauma has got to stop. 2/4

TDSB spokesman Ryan Bird said these resources were not “vetted, approved or sanctioned” by the TDSB.

He said TDSB staff, including the employee services department, is currently investigating this matter. In the meantime, the staff member’s current and previous group mailings have been removed from TDSB email inboxes.

Bird added that the employee in question’s social media feed is also being investigated for “any hateful comments and actions.”

B’nai Brith CEO Michael Mostyn accused the TDSB of “directly fanning the flames of Jew hatred” in Canada by distributing such materials.

“The TDSB must unequivocally apologize to the Jewish community and dismiss Mr. DaVila from employment,” he said. “A full investigation should also ensure … no one who distributes anti-Semitic propaganda like this should work for a school board in Canada.”