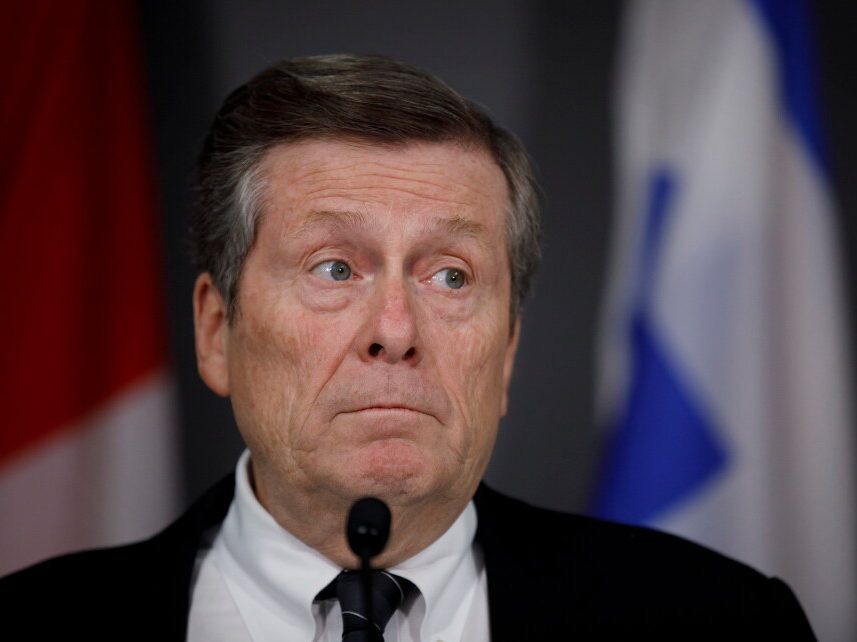 Beleaguered East York residents were sent a firm message in yet another tone-deaf virtual community consultation Monday night: The homeless from encampments and hotel shelters are coming their way, lawlessness be damned.

This was in response to valid concerns by a group called East York Cares — a group formed to respond to the city’s plan to ram through another modular housing project of 64 units at the corners of Trenton and Cedarvale Aves., adjacent to Stan Wadlow park.

In an April 30 letter to the mayor, the group called the plan “ill-conceived” — given that the housing will be designed for singles in a family-supported community.

They told the mayor they’re not fighting the project’s location but requested that the plans be redesigned to allow for housing for “families experiencing homelessness.”

But housing secretariat executive director Abi Bond — one of 24 staffers online to respond to the heated crowd of 230 — quickly shot that down.

She said what’s driving their decision is the “numbers of people in the shelter system and in the parks (meaning encampments).”

Those people are “overwhelmingly single households” — single adults and youth at 84%.

“We’re trying to prioritize pressure for single households … to have more flow in the system,” she said, later indicating — while subject to heated questioning — seniors will be there too.

“We’re staying focussed on that … not proposing to shift gears on this.”

Bond insisted this is a “tried and tested approach.”

She said the province will be providing operating funding for the building. The feds provided the $26 million to build the actual modular units using NRB Modular Solutions, the new name for Horizon North which built the first 100 325-square-foot modular units at what competitors say was 2.5 times their cost.

Resident Jon Burns spoke about the serious problems already at the 11 Macey Ave. modular housing project (which opened in mid-December with 56 units) — highlighting an increase in crime, feces and dirty needles left on public sidewalks, and police and fire being called continuously.

He said the project only has a 100-square-foot office for support. There is no mental health or rehab offered on-site — and residents are referred elsewhere, he said. The session heard only life coaching (to help with shopping) is provided.

Bond responded that the police and fire are addressing issues “within” the building at 11 Macey,  although Burns said break and enters are up 17% since the modular project opened.

Councillor Brad Bradford insisted they want this project to work (considering if it doesn’t, he will likely lose the next election).

“We’re trying to do something different here — to make people feel they’re part of the community,” he said. “This is doing the right thing in the Toronto way.”

He said he’s made his commitment to the community to come up with a safety plan.

That notwithstanding, let’s be frank here.

Burns and others have every reason to be concerned.

In view of all the crime and drug dealing at the city’s encampments, moving these “vulnerable” tent-dwellers directly into their own homes is indeed a recipe for disaster.

These tent dwellers largely have drug addiction and mental health issues. As I recently reported, many are violent and have no respect for the community around them.

The same goes for hotel shelters like the Roehampton where crime in the surrounding neighbourhood has not only increased since it opened last summer, but sources tell me seniors are now being harassed by the hotel’s residents.

Without counselling and rehab, do city officials really think tent dwellers will respect their new homes and the community around them, or that drug dealers won’t be hanging around the modular project?

In my view, the problems will simply be transported to the modular projects. Burns’ concerns about the 11 Macey Ave. project seems to reaffirm that.