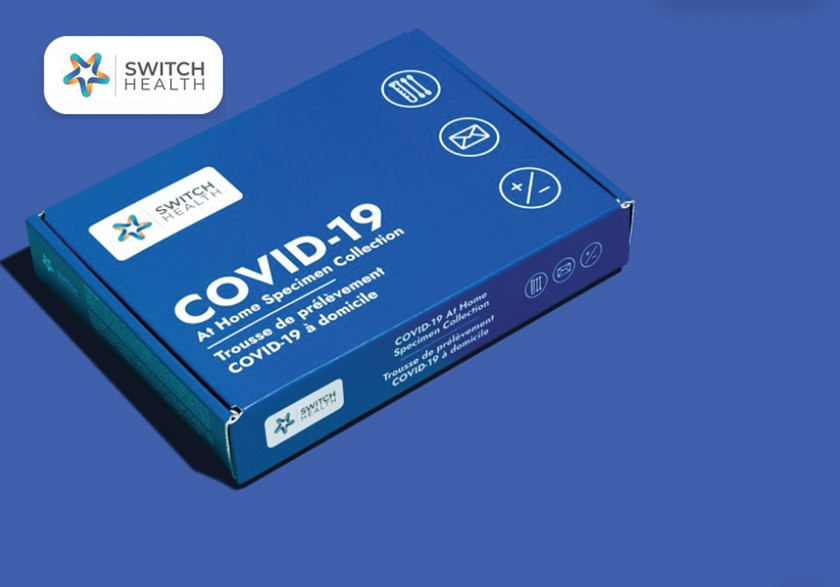 Tony Lavia says he is heading into his 17th day of quarantine since returning from San Jose, California.

The retired Victoria resident told me Thursday he did the Day 10 virtual COVID test with a Switch Health nurse a week ago and has not received his results yet.

His wife. Roseanna, got hers before the 14-day quarantine period was up, he said, noting both kits went out in the same courier.

Lavia said he called again Thursday morning to find out that because it was recorded as being received only on April 27, his results go to the back of the line and he can’t be made a priority.

Lavia, who was a CEO for a start-up IT company, claims the people who took his calls were “so inefficient.”

A $100-million disaster it seems — the cost of the government contract.

Susan Chisholm, a Pembroke resident who returned from Fort Pierce, Fla. on April 15, said she and her partner did their virtual 10-day test last Sunday but couldn’t get through to Purolator Courier to pick it up.

She says she finally got an e-mail Monday indicating a pick-up would be coming to an address in Nova Scotia.

She says when Tuesday morning and 48 hours went by after the test and she couldn’t get through to any of the numbers at Switch Health, she and her partner went to a private drive-through COVID test site.

Chisholm says she got the negative results from the private test just as Purolator turned up Wednesday afternoon to collect her Switch Health tests.

Chisholm said her quarantine is over Friday and she plans to enjoy her freedom, even though the Switch Health test results won’t be back. She feels the negative on the private test is enough.

Contacted Thursday, Switch Health officials said they have administered 370,000 tests so far and realize there are areas that can be improved on.

“We understand some travelers continue to have issues with our platform and/or are experiencing longer wait times,” said a spokesman. “We appreciate how frustrating this is, we’re sorry for it, and we are working around the clock to resolve these issues.”

To avoid the midday surge and reduce the wait times, the spokesman said over the next few days they’ll be assigning travellers a recommended time slot when they can log on for service.

The spokesman said they’re also taking steps to speed up the process overall so people don’t wait beyond the 14-day quarantine period for their results.

He said in some cases patients mislabel their specimen or do not assign their unique serial number to their account – in both cases that means the laboratory cannot run the test, and it takes additional time to sort out the issue.

Switch Health insisted they have “delivered,” noting they’ve caught a significant number of negative tests at the border.

The spokesman said Switch Health has “significantly increased” the number of call agents to accommodate the high call volume as well as the number of nurses — now numbered at more than 1,000 — to conduct the tests.

He added that with resources added by Switch Health and other measures underway, “wait times have improved.”

Previous LEVY: Time to let long-term care residents out of their prisons Next LEVY: Long-term care an accident waiting to happen