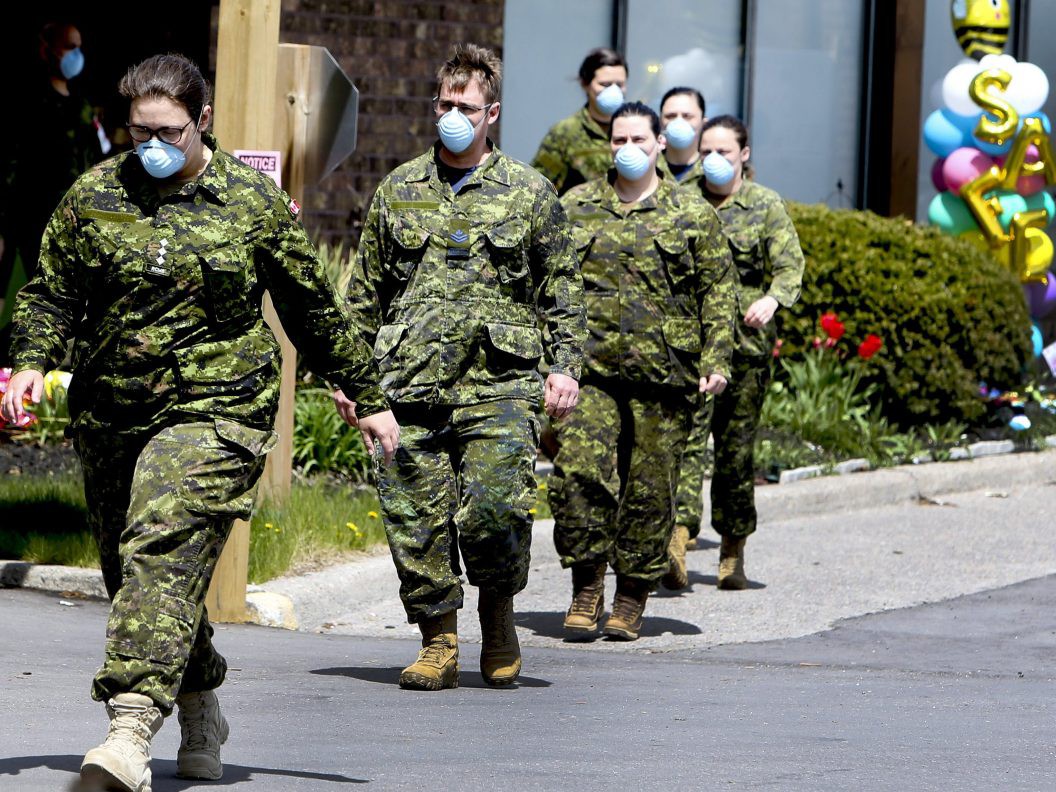 Author of the article:

Janice Codeluppi couldn’t hold back the tears as she spoke of the impact of personal support worker (PSW) shortages in her mom’s GTA long-term care (LTC) home in the past year.

She said in her mom’s unit, there are 32 beds with only two PSWs at a time to look after 12-16 residents.

As a result of the shortages, she said, her 87-year-old mom Joan Arbuckle fell in the night last December and “lay screaming for help for two hours.”

When she was taken to hospital for a broken pelvis, it was discovered she was “severely dehydrated,” Codeluppi said, one of several speakers Tuesday during a virtual cross-Canada protest calling for national standards in LTC care.

While in the hospital, Arbuckle caught COVID-19 and her daughter said she was told to “stop her medications and let her die.”

But she recovered and after seven weeks she was returned to the LTC home.

Codeluppi said it’s been a year since the first wave of COVID and residents continue to live in terrible conditions, waiting for help to be transferred from their wheelchairs to their beds, to be bathed, and to be fed.

She said many have no radios, no televisions while they sit in their rooms for months at a time.

Speaker after speaker with loved ones in Ontario LTC homes spoke about the staff shortages and the dire need for staff.

Betty Yakimenko, whose mom is in an Ottawa LTC home, says she’s come into the home to find her mom “sitting in her own waste for hours” at a time.

She said at a monthly town hall they’re assured by the home that there is enough staff but she sees there’s not.

Vivian Stamatopoulos, an associate teaching professor at Ontario Tech University and an advocate for LTC residents, called the last year the “worst mass casualty” in Canada, one in which 3,917 LTC residents in Ontario have succumbed to the pandemic to date.

Natalie Mehra, executive director of the Ontario Health Coalition, labelled “all the emoting, all the tears” seen from the premier and other politicians in press conferences “political theatre.”

She said promises have never been fulfilled, comprehensive inspections of homes have been cancelled, and not one home has lost its license –not even the very worst ones where dozens of residents died due to COVID, negligence, and malnutrition.

“The plan was to vaccinate long-term residents and let it (the LTC issues) fall back into obscurity,” she charged.

She said staffing is even worse than before the pandemic and now the province wants to offload 1,500 hospital patients into homes where there are beds.

Mehra insisted homes have gotten a “windfall” — having been paid for empty beds but never having hired the requisite staff with that money.

She argued the offload can’t happen unless the staffing levels are brought up to par.

He said the ministry issued a written call to action on April 11 to “do everything they can” over the next two weeks to “safely admit or readmit hospitalized patients” waiting for a space in an LTC home.

He insisted the off-loading will occur in homes that have the necessary staff to accommodate these moves “without compromising the care” of current residents.