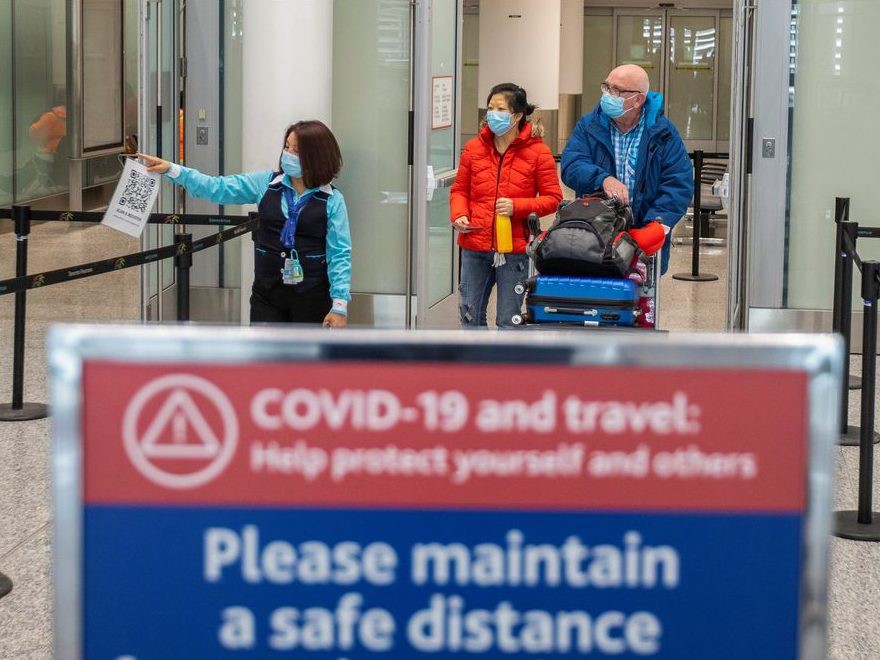 A Montreal man who contacted the federal COVID hotel quarantine hotline for information last week was warned that travellers who refuse to go to a COVID hotel get higher fines if they don’t behave politely when approached by a Canadian border officer.

The man, who didn’t want his name used because he’s in the travel business, said he was stunned to hear the officer on the call say that the fine starts at $3,000 and increases depending on how “disrespectful or respectful” a traveller is.

He said he couldn’t believe this is actually happening in Canada.

The man didn’t get the name of the federal call-taker who spoke with him, but he provided a tape of the conversation to the Toronto Sun.

The Montreal man said he called to find out whether there’s a set fine for refusing to go to a COVID hotel — both for himself and for his clients — seeing as he’s heard of many different amounts levied.

He said he’s had to travel himself for compassionate reasons four times in the past year and has spent a total of eight weeks in quarantine. But that was before the COVID jail law — which was just extended to May 21 — and he needs to travel again next month.

He said he’d originally emailed the Canada Border Services Agency and was told by return email to contact Public Health Canada or their COVID hotline at 1-833-784-4397, which is listed on a public health web page.

He called the hotline last Wednesday and taped the conversation, which he called “scandalous.”

On the tape the federal officer is heard saying that the $800 fine is “out the window” and has been for about a month — and the new amount is around $3,000 “because people are just not listening.”

“They’re really trying to make the people feel it,” the federal officer says.

When the Montreal man indicated it is “hard to believe this is going on in Canada,” the federal employee responds it’s tough because Canada is so nice and “hee, ha, ha” but they’ve “really lost their patience man.”

The federal employee doesn’t say who “they” are.

But he added that even people who go out of the country to bury family members — including the grandmother they grew up with who “changed their diapers” — can’t escape the hotel “when they come back.”

The federal employee noted that even fully-vaccinated travellers — who have AstraZeneca, Pfizer, Moderna, or “Cocerna” (the latter presumably his attempt to make a joke) — have to go to a COVID hotel.

“It doesn’t make no difference at the moment,” he is heard to say.

The Montreal man called the whole conversation “unreal” and he came away from it “more confused” than ever.

Efforts to get a response from federal government officials as to who the employee was and whether that kind of unprofessionalism was sanctioned, resulted in a confusing game of COVID musical chairs over three days.

I first contacted the media team at Health Canada at 1 p.m. on Monday, providing both the transcript of the conversation and a clip from the tape.

A few hours later I was asked for the hotline number accessed by the Montreal man, which I sent to them.

At 5:43 p.m. Tuesday evening, Health Canada media relations advisor Andre Gagnon emailed me to say that even though the hotline number is on their web page — and the Montreal man was directed to Health Canada — Service Canada staff that COVID information line.

After a flurry of emails just after 9 a.m. Wednesday from Marie-Eve Sigouin-Campeau, of the media relations office of Employment and Social Development Canada, I did not hear another word about my request for comment the entire day or by my deadline.

Previous ‘We treat prisoners better’ than returning travellers, says snowbird Next LEVY: Woman, 99, lived alone in seniors building for a year amid pandemic