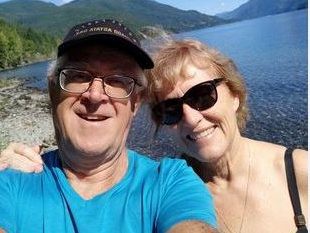 After returning from five months in Huatulco, Mexico 10 days ago, Pamela Welgan and her husband, Jorge Baranbiaran — both Vancouver Island residents — spent 9.5 hours online Sunday trying to get a SwitchHealth nurse to oversee their COVID test.

Welgan told me Monday from Port Alberni that it took the entire day to get someone after being disconnected from the company’s portal three times.

Switch Health is the Toronto-based company that won the bid to administer COVID-19 testing at airports and land border crossings when the federal quarantine policy for international travellers came into being on Feb. 21.

When someone finally came on at around 5 p.m., he refused to process Baranbiaran in the same session, Welgan said, even though she’d cleared it through Switch Health a few days prior.

But the foolishness didn’t start on Sunday. Welgan said from the moment she arrived in Vancouver, she felt “judged.”

Contrary to what she encountered in Seattle, people in Vancouver reprimanded the couple for travelling.

After they completed their mandatory quarantine in the Executive Airport Inn, the B.C. ferry they took over to Vancouver Island isolated them from all other passengers, she said.

Welgan said they paid $1,260 for their hotel reservation, and it was “absolutely shocking” from the food being “really bad” and no security whatsoever to no indication of extra cleaning.

When they were dropped off at the hotel, they were taken to the back door and led into a room with a few chairs and no sign of any front desk staff, she said.

“The service was dreadful,” she said, noting they had friends drop off food for them. When they got their results, the front desk told them just to leave without checking out.

“I actually felt like I was in jail,” she added.

Being very resourceful, Welgan wrote an email to the chief strategy officer of Switch Health, Mary Langley, who — to her credit — replied right away Sunday and arranged for her husband to complete his test first thing Monday morning.

Still Welgan is not alone. On the Canada GAA Hotel Quarantine Facebook page, several travellers have complained about test results not coming within the three-day hotel quarantine period or days after the 14-day quarantine.

Health Canada advised me they could not respond by my deadline Monday.

I suspect that is because I asked whether they intend to extend the current April 21 deadline for the hotel quarantine program.

But a spokesperson for Switch Health said they dealt with a “huge uptick” this past week in requests for appointment times, and they added 20-25 nurses midday to the 85 nurses per shift (for the entire country).

He added that they have 900 medical staff overall.

He said they “initially had a big backlog.”

But, he said, they started up the program very quickly.

I asked him how many of the home testing kits have come back positive. He said about 1,200 or 1.2% country-wide (which seems much ado about very little).

She added that the government is targeting a very small subset of the population — travellers — while people crowded Vancouver’s Stanley Park, for example, this past weekend.

“There’s an incongruence with the application of (quarantine) measures,” she said.