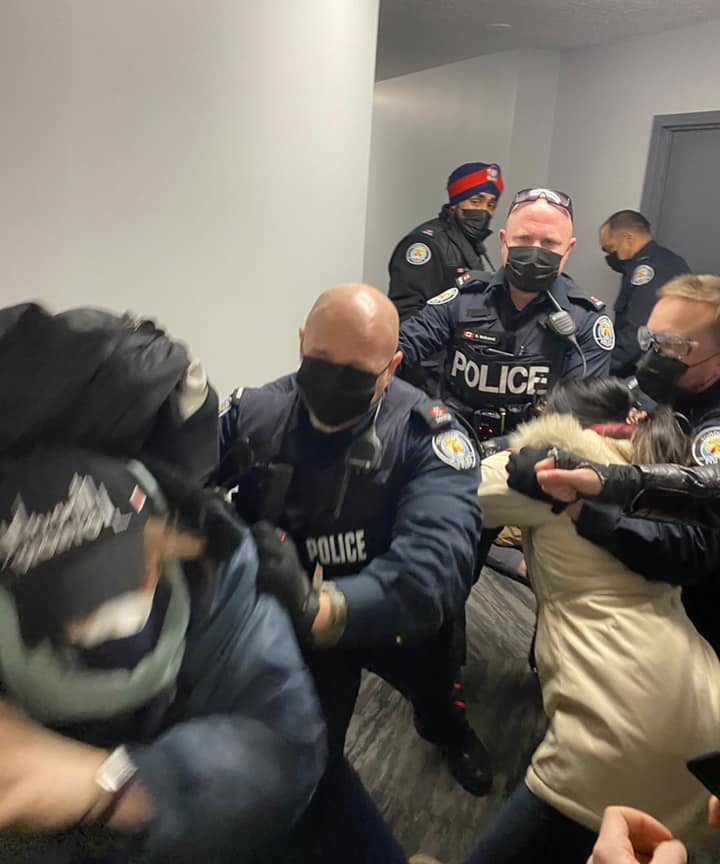 Author of the article:

An eviction turned ugly Friday morning when dozens of advocates were invited on social media to join a tenant at his apartment in the city’s west end as he returned to retrieve his possessions.

Toronto Police say the Sheriff’s office was evicted the tenant from his unit at 33 Gabian Way — near Eglinton Ave. W. and Keele  St. — several days earlier on March 29.

He returned Friday to retrieve the rest of his property but “refused to leave” after being allowed back in to his apartment by the landlord, police spokesman Laura Brabant said Saturday.

According to a Facebook page for an organization called People’s Defence Toronto, the tenant is a single father with two young children. The organization invited anyone interested to attend the apartment building Friday to try to prevent the man’s eviction.

“This hardworking father, like so many of us, was hit hard by the pandemic and fell behind in rent,” @People’sDefence claimed on its FB page.

“He (the tenant) trusted the landlord when they said it was all right — if he kept paying money when he could, he and his family could stay in their home,” the organization alleges.

A few dozen protesters turned up in support and also refused to leave the property, said Brabant.

Brabant said the tenant and most of the protesters “eventually complied” and left on their own; however, two were arrested and released under the Trespass to Property Act.

It was at this point that 12 Division officers responded to a call “for the purpose of keeping the peace,” she said, noting police don’t enforce evictions.

She said when police arrived and asked the crowd to leave the building, they refused and more officers were called in.

The non-profit Gabian Way building is managed by Project Esperance. At 19 storeys, it is home to about 230 tenants.

According to a 2005 City of Toronto report, tenants of about 155 units pay rent geared-to-income (RGI) while the remainder pay market rent. The building was constructed in 1992 under the provincial “Homes Now” non-profit housing program.

Officials for the management company could not be reached for comment.