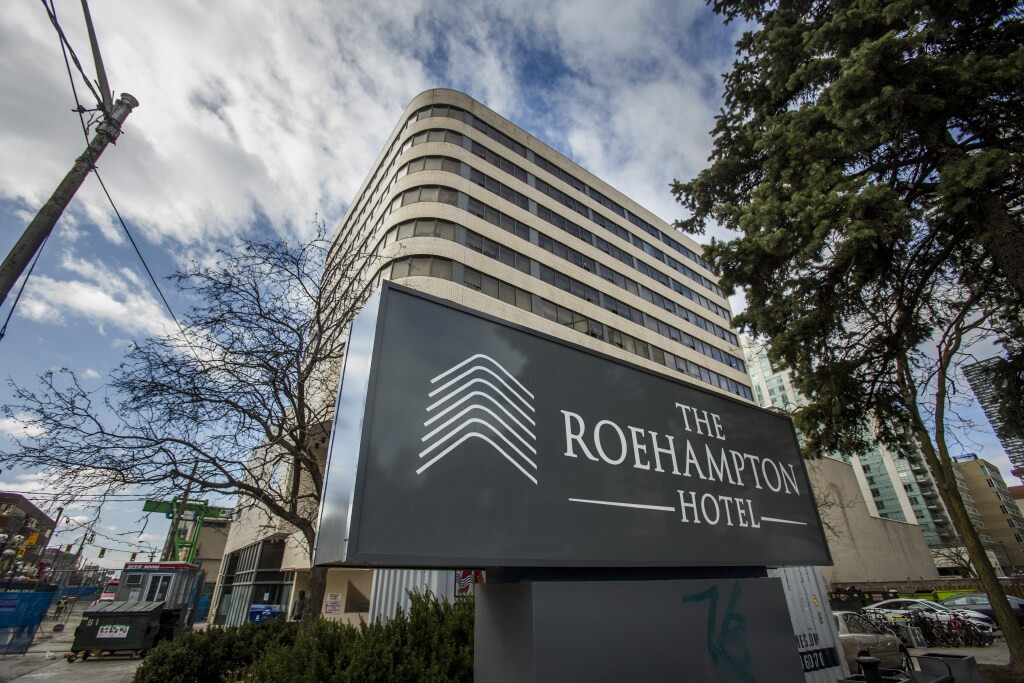 In the three months after the Roehampton hotel shelter opened in July 2020, crime in the surrounding neighbourhood skyrocketed by 30% compared to the summer before, an FOI obtained by the Toronto Sun shows.

The Yonge-Eglinton and Mt. Pleasant East neighbourhoods — the two neighbourhoods most drastically impacted by the hotel shelter — saw increases in all the major crime indicators, except assaults, compared to the summer of 2019.

This compares to statistics for the entire 53 Division where crime overall decreased by 13% over those three months from the same time period in 2019. Sexual violation was down 2.8% and theft over down 16.2%.

These statistics were enough to make Deputy Mayor Denzil Minnan-Wong decide he didn’t want a transitional hotel shelter in his ward.

As he’d learned on Nov. 27, 2020, the city’s shelter, support and housing (SSHA) was considering the Don Valley Hotel on Wynford Dr. for a temporary shelter site.

In an explosive Dec. 18 letter to SSHA General Manager Mary-Anne Bedard, Minnan-Wong said the police crime statistics from the Roehampton area are “dramatic and troubling” and “cannot be ignored.”

Minnan-Wong told Bedard residents need to be informed of the risks of opening new shelters — that “crime, robberies, sexual assaults, theft, burglaries and car theft will be a byproduct” of imposing such housing.

“Safe communities should not have to deal with these consequences,” he said, adding that given these stats, he will not be in a position to support “any transitional housing or shelters” in his ward.

Reached last week, Minnan-Wong said the city needs to get “their arms around that (the crime issue)” when considering any transitional shelters anywhere.

He added that the Don Valley hotel was a “horrible place” to put a shelter because there are no community supports or parks around it.

Bedard responded to Minnan-Wong on Jan. 4 insisting “community safety is a priority” for SSHA whenever they open new services and there is “zero tolerance” for any violent or criminal activity in the shelter or surrounding community.

The statistics also give credence to the anecdotal evidence repeatedly supplied by residents living in the vicinity of the Roehampton shelter who say they were bullied by the councillor, Josh Matlow, for suggesting they felt unsafe.

To those who’ve asked about these flyers- I strongly disagree with holding this rally in the midst of health, housing & opioid crises. It won’t improve safety or reflect well on our community. Let’s not succumb to fear. Let’s be kind & remain focused on addressing our challenges. pic.twitter.com/09ZUw0NMTA

Stephanie Annica, a resident of the area and a member of the Midtown Community Safety Facebook group, alleges Matlow told her in two separate conversations the social media group was full of “very unkind” people and that she, too, was “unkind.”

Annica claims he also insisted there was “no uptick in crime” and even if there was, she can’t prove it was a result of the shelter. She claimed he ended up hanging up on her and blocking her on social media.

Matlow did not respond to efforts to get a comment and, like Annica and many others in the Midtown community, he has blocked me on social media.

SSHA responded in the same manner they have to safety concerns from neighbourhoods across the city where transitional hotel shelters have been dropped with no consultation until virtually after the fact.

SSHA reminded me these are “vulnerable members of the community and neighbours” and the city has a responsibility to support them with “dignity and care” while addressing and responding to safety concerns.

“People staying at this location are equal citizens of the city and have the same rights, freedoms and responsibilities as other residents of the city,” SSHA said in their statement to me.

They added that they are “actively working” to address the concerns of the community — listing several measures including community safety teams, city security mobile patrols and regular visits by the Toronto Police Services Community Response Unit to the site.

They directed me to Toronto Police to speak about any “specific incidents” of crime in the community.

Interestingly, Bedard closed her Jan. 4 letter to Minnan-Wong with an implied reprimand, saying the crime stats were a “small glimpse into one facet of shelter locations” and to use that to base one’s support for a shelter is a “disservice to the complexities of shelters” and the people who use them.

However, residents of the surrounding community, who have been vigilant about keeping track of the incidents, say little has changed since last summer. And they are bracing for the worst as the warm weather approaches again.

One example of the spillover is a mini encampment in front of the Anne Johnston health station just north of Yonge St. and Eglinton Ave. W. that has been there since early December, despite many calls to the city from residents pleading to have it removed.

Yvonne Robertson, a Conservative MP candidate, said “for months” her community has been experiencing “an increase in crime.”

“People in our community do not feel safe and our leaders do nothing,” she said.

“The way the city politicians have dropped the very serious problems of homelessness, drug addiction and mental illness on neighbourhoods, borders on criminal … The behaviours of these ill-placed individuals in an ill-conceived program is well-known to all residents of my ward … in my estimation there are within a 1.5 mile radius of the hotel shelter at least 5,500 students whose safety is put at risk.”

“I no longer walk by 1 Eglinton Ave. E. and the 7-Eleven without checking out if someone is passed out there on a window ledge or if there is a group hanging outside of there.”

— a female resident, who asked not to be named but has complained repeatedly to police about B&Es and vagrants near Eglinton Ave. E. and Cowbell Lane

“Some residents are now walking with pepper spray into the building and sleeping with a baseball bat … I’m all about helping one another but this is not acceptable … This condo is not for druggies.”

Previous LEVY: When the going gets tough, our leaders repeat the same mistakes Next Toronto cops clash with protesters supporting evicted single dad