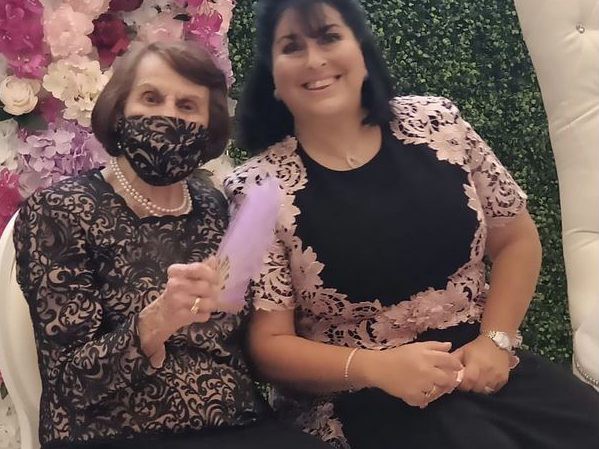 Annette Needleman is in her 90s, part of that vulnerable population that should be fully vaccinated by now.

Yet, she and her daughter, Cheryl Needleman Einhorn, were escorted out of Humber River Hospital last Sunday after arriving there for Needleman’s second dose of the COVID-19 vaccine.

Einhorn, a York Region teacher, said the experience on Feb. 28 with the first dose was “flawless” and the nurse manager at the hospital that day promptly booked them for the second shot three weeks later.

She said she got two confirmation emails for the second shot and never received a cancellation.

When she got there last Sunday with her mom, the nurse manager on duty was “stone-faced and robotic” in her responses, insisting her mom would be 90% protected by the first shot.

The more Einhorn challenged, the more the nurse manager insisted she was right — until they were escorted out of the hospital.

Michael Sole, consultant cardiologist with the Peter Munk Centre in Toronto, has written a brief outlining newly published scientific data showing that elderly people may not be “adequately immunized” after the first shot and partial immunity may “predispose individuals” to the dangerous COVID variants.

To make matters worse, she said even though she’s an “essential caregiver” for Needleman, she doesn’t qualify for a vaccine, yet, because she’s too young at 53.

She noted, quite rightly, that if her mom was in a retirement home, she would have had both vaccinations already, and most likely as her essential caregiver, she too would have been fully vaccinated.

Einhorn said she’s tried two hospitals in Toronto where apparently individual cases are being considered but she “can’t get through to a person.”

“Mom is considered stable being at home,” she said. “I get frustrated.”

Once again, we’re talking about Ontario where the rules are selective, make little sense, and could end up being downright dangerous for elderly folks like Annette. We’re also seeing a bordering on ridiculous rigidity amongst public health staff overseeing the rollout — who like a pack of lemmings stick to the rules even when there’s no-shows for appointments and there are surplus vaccines.

Ontario Ministry of Health spokesman Adriana Dutkiewicz said Wednesday while age is a “significant driver” of mortality in the COVID-19 pandemic, “available real-world evidence” indicates that the first dose of a COVID-19 vaccine series provides “substantial protection” against the risk of severe disease, hospitalization, and death amongst the elderly.

“At this time in the context of constrained vaccine supply, the extended dose interval is believed to be appropriate for older individuals,” she said.

Dutkiewicz doesn’t cite the real-world evidence to which she refers.

Einhorn said she’s even looked into vaccine possibilities south of the border but had hoped that her own government “would take care of its citizens.”