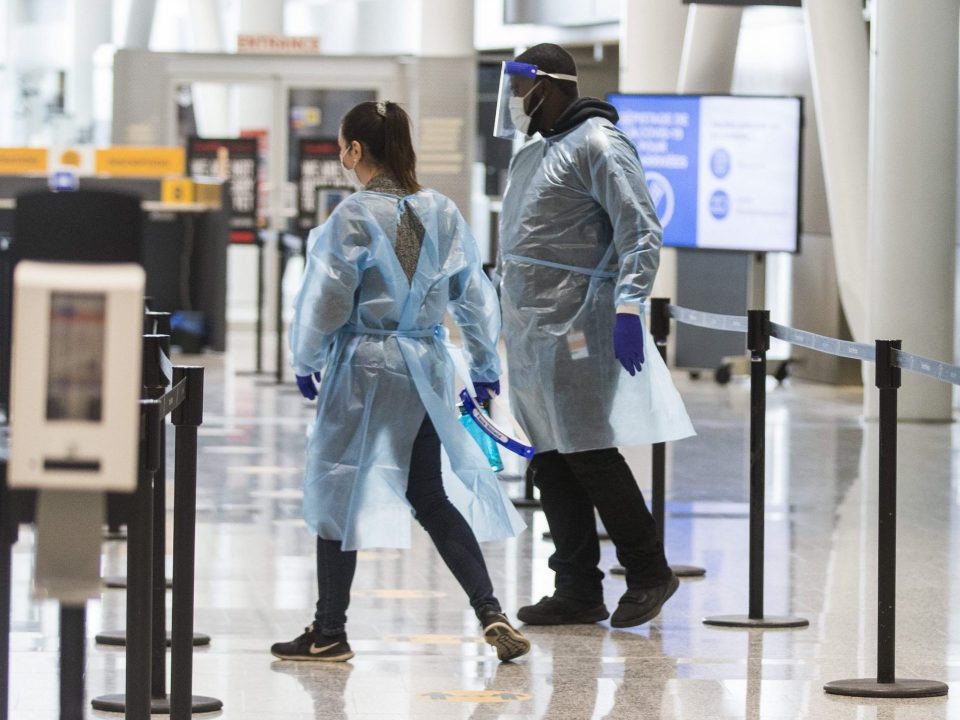 Hannah Rockman and her husband David travelled to Israel two-and-a-half months ago to care for her ailing sister — long before Canada’s controversial hotel quarantine was put in place.

The Toronto clinical psychologist says while in Israel they were vaccinated with both shots — the second a month ago.

But when they flew home last week on separate Air Canada flights — her husband two days before her — they were treated very differently upon landing at Pearson airport and rejecting the idea of a quarantine hotel stay.

Even though he told them he was fully vaccinated, they allegedly responded that he should have thought about the quarantine issue before deciding to travel (long before the quarantine rules came into play).

He even had a letter from her sister’s doctor verifying that his wife was the only family member who could take care of her during the time they were away but the cops were “completely disinterested,” she claims.

She believes the implication was that he’d gone away and now he was “going to get punished.”

Hannah, on the other hand, was permitted to quarantine at home when she indicated she had run out of medication that she desperately needed.

She said what was so telling about their two experiences is how “so very arbitrary” the decisions are when one lands in Toronto (and presumably at other airports).

“This is just to show that the Canadian government is doing something,” Hannah said.

Before all the COVID Kens and Karens jump on their high horses, Hannah explained that the airport in Israel was closed to international flights (to non-Israelis) for some time, making it hard to get back sooner.

Public health Canada responded late Friday that a traveller who doesn’t comply with an order upon entry into Canada — such as refusing to quarantine at a designated facility while awaiting their arrival test — “could” face a fine of $3,000.

“All fines … are subject to applicable surcharge fees that are determined by the province,” their statement said.

I was also informed that people who leave a designated quarantine facility without authorization “could” face a $3,000 fine as well.

There are provisions for compassionate entry and limited release from quarantine on the federal government website.

But several entries on a Facebook group nearing 7,000 members, who’ve quarantined at a hotel or who are facing a quarantine, state their emails asking for compassionate consideration remain unanswered even with weeks provided for a turnaround.

Hannah said the whole thing doesn’t make sense — especially given they are no longer potentially contagious.

They plan to fight the ticket, she said

Hannah said Israelis who’ve been fully vaccinated are already back at work (in their offices) since the government there believes the risk of contagion is now very low.

Contrary to Canada, the emphasis in Israel has been on simply getting as many people vaccinated as they can — not on which groups are a priority.

Instead of throwing vaccines out at the end of the day, Israeli officials advertise on What’s App the number of vaccines left and where to get them — and tell people it is first come, first served.

It’s a far cry from the experience in Ontario.

A source tells me at a recent vaccination clinic, 12 doctors were standing around waiting to give out 1,200 doses of the vaccine and because of scheduling glitches, only 500 people turned up.

In a recent column, I also detailed the case of 25 Holocaust survivors who showed up at Ray Twinney Recreation Complex in Newmarket on March 16 for their scheduled second shot only to be turned away because of the recent edict that everyone now must wait four months between doses.