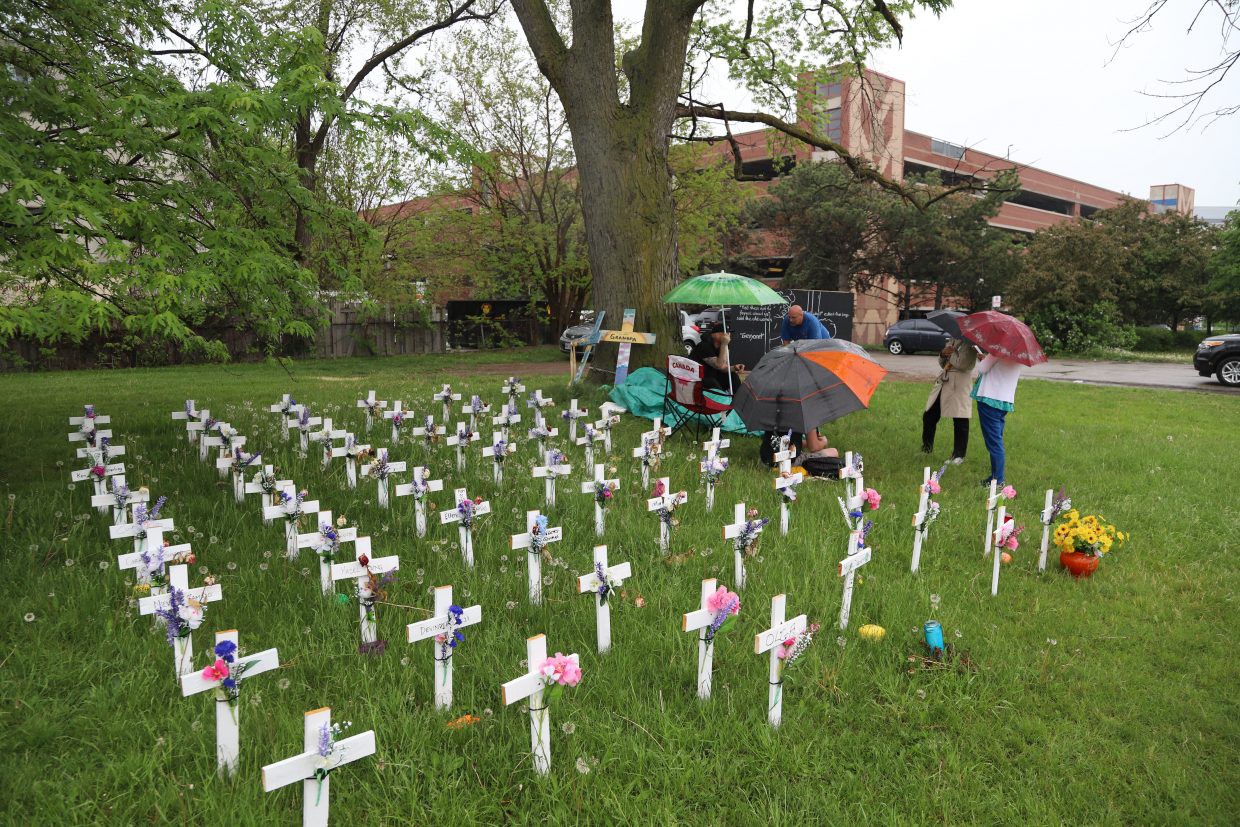 Over the past year I’ve written many stories of COVID warriors who fought for their right to gain access to their loved ones in long-term care and retirement homes during a lockdown that was unduly draconian.

These three stand out for their devotion to their parents, their refusal to take “no” for an answer, and their ongoing fight against seniors homes whose officials far too often abused their power, using health and safety directives to shut out families on a whim.

All of them lost their loved ones during their fight.

Veronica Gerber lobbied for months to get into the Scarborough long-term care home where she’d been an essential caregiver for her mom Dorothea, 82, visiting daily prior to the COVID lockdown.

Dorothea was bedridden, needed help with feeding and suffered from dementia.

After the first wave eased, the long-term care ministry’s vague directives and lack of oversight left the homes themselves to determine who could come in, even when isolation started to take its toll on many residents.

Gerber recognized how much her mom had declined when she was allowed to visit in May 2020 — but only briefly because Dorothea had been deemed palliative.

When her mom rallied, she sent a lawyer’s letter to the home asking to be reinstated as “essential caregiver.” When that went nowhere she turned to the Human Rights Tribunal of Ontario.

Last August, visits resumed but Gerber had to schedule them and be accompanied to her mom’s room by a staff member.

Her mom passed away on Aug. 28, 2020 — three days before the HRTO was to hear her application.

Some seven months later, Gerber said she’s “dismayed” at how government officials who were meant to safeguard the rights and freedoms of families and their loved ones in care “trampled them instead.”

“The harms of LTC lockdown far outweigh whatever may have once been considered beneficial,” she said, adding she believes homes kept families out because they didn’t want them to “blow the whistle.”

Gerber said she still misses her mom very much and always remember her “smile” and her “way of seeing the bright side,” but she’s glad Dorothea is “no longer at the mercy” of the government.

“My argument was not with her PSWs but with arrogant management and a spineless government that held them (residents) captive in isolation under an ill-informed guise of safety,” she said.

I first spoke with Gail Sandler in late June 2020 after she’d finally been allowed to visit her 100-year-old mom, Ann Jessel, in a tent outside her Vaughan retirement home.

Sandler was upset with the ever-changing and inconsistent rules that banned her from her third visit because she didn’t have a recent enough negative COVID test.

A little over a month later, her mom was gone, succumbing technically from pneumonia but more likely due to the isolation and lack of mobility over five weeks. She would have been 101 on Sept. 22.

Last October, Sandler wrote me saying she feared for all seniors and families who were about to face imprisonment and isolation for a second time.

She told me her mom didn’t get COVID but COVID got her.

When we spoke again last week, it was one day after her 79th birthday and the first without her momma at the retirement home.

“I realized I would always celebrate without her (from now on),” she said.

She learned from her experience with her mom that you have to be a “warrior” and a “fighter,” and “yell and scream,” and reach out to the media to get things done because the directives for visiting her mom were “full of holes.”

Sandler feels some “sense of relief” her mother is gone because she would not have handled a second lockdown very well.

Her fondest memory with her mom was their Friday night dinners together at the retirement home.

Cathy Parkes faced the utmost of tragedies when her 86-year-old dad Paul died of COVID on April 15, 2020 — one of 70 to be taken before any families even realized how bad the outbreak was at Pickering’s Orchard Villa.

It was also one of the five Ontario homes where Canadian military — sent in to help — found appalling conditions.

The family is engaged in a “mass torts” lawsuit with other families who lost loved ones at Orchard Villa.

Parkes told me last week she last saw her dad the day before he died through his second-floor window but he was “comatose.”

She found out he’d passed away in a phone call from the assistant director of care.

In their lawsuit the family alleges they didn’t find out Paul had COVID until three days after he died and they received conflicting information about his condition over the six days he was sick.

(Orchard Villa executive director Jason Gay has said they’ll respond to the claim in “due course” through their legal process but wanted to focus on the care and safety of residents during this “unprecedented time.”)

Parkes is now part of a group called Canadians4LTC that advocates for national standards in long-term care.

She said she travelled to Ottawa in November 2020 to engage in a demonstration and to lobby the PM’s office and other MPs from all parties.

Now they’re involved in a 10-part Town Hall series to advocate for a national LTC plan followed by a Day of Action, hopefully in every province and territory, on April 27, she said.

Nearly a year later, Parkes said she has been so active with her advocacy that she hasn’t had time to process her dad’s death.

“I miss him terribly,” she said. “He was always there … we were so close.”

Whenever she has happy thoughts, the trauma of what he went through, especially dying alone, hits her.

To pay tribute to their dad, she and her family have booked a cottage in Temagami, where he always summered when he was young.

Previous LEVY: Couple returning with adopted Bulgarian child not exempted from hotel quarantine Next LEVY: She made it through a COVID outbreak, next up, turning 100