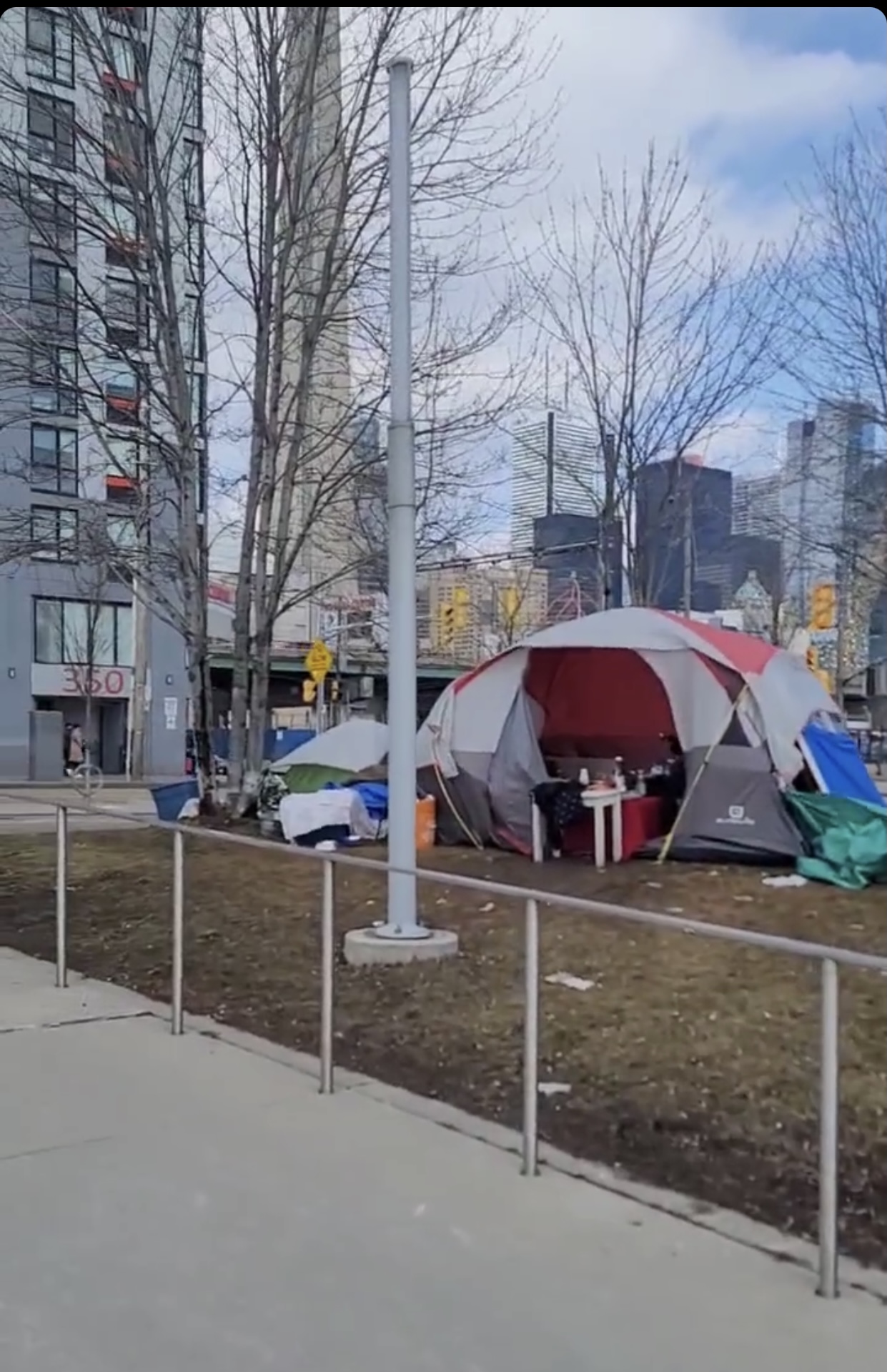 I was chased by a barefooted gentleman running and screaming that he had no
shoes. I was called a white asshole over and over by a tent dweller. I
counted 92 homeless squats – on grates, underpasses, park encampments . In
several cases several people were gathered in close proximity – without
masks, without access to amenities to allow for proper personal hygiene. I
watched a man urinate against a building in full view of passers by. What
was most notable was the aggressiveness of the demands for donations.

I was not comfortable walking alone.

Here is the pic of one of the tents . Families were walking by. The guys in
the tent were yelling at all the you g families walking by.

“White assholes “ white assholes “ go the fuck home” “ don’t fucking watch
unless your gonna pay”. This was across the street from 350 Queen Quay West.

A resident of downtown Toronto.