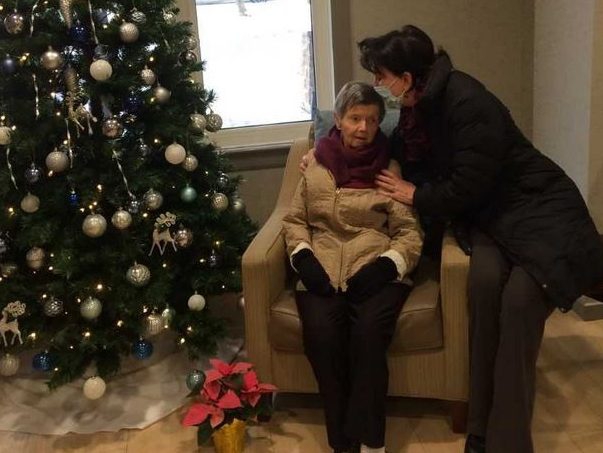 After two waves of COVID and far too many deaths to count due to isolation, you’d think the provincial government would get it that unfettered access by family caregivers to their loved ones in long-term care homes and other congregate care settings is not just important, but essential.

Yet there are homes that allow access to caregivers while others are saying if they “feel it is unsafe” they don’t have to let families in.

NDP MPP Lisa Gretzky said the situation is also “very fluid” where homes let essential family caregivers in one week but not the next — arbitrarily deciding “the risk is too great.”

Gretzky brought forward a private members bill last September — More than Just a Visitor Act or Bill 203 — which would ensure that the rights of residents receiving care in congregate care settings are protected and that they will not be denied access to family members or designated caregivers.

Since it got “unanimous support” on all sides of the house on Sept. 24 of last year, it has sat at committee, she said, noting that the government refused when she endeavoured to have it passed last week.

She feels, quite rightly, that there needs to be “real consequences” for homes that refuse to allow in family caregivers.

She said the fact that they managed to ram through Bill 218 in November “speaks very clearly to their priorities.”

That bill essentially gives many “bad actors” in the retirement home and long-term care home industry a free pass when it comes to lawsuits against them for negligence during both waves of COVID. The bill forces plaintiffs and their lawyers to prove gross negligence, something not even defined by the court with respect to long-term care.

“The government prioritizes putting an iron ring around the corporations (who run these homes) instead of putting through policy that takes care of the residents and the caregivers,” said Gretzky. “It’s a pretty sad statement.

She said many residents in congregate care are “suffering terribly” from not having access to their caregivers.

Ottawa resident Mary Sardelis has seen the absolute best and the worst of retirement home care for her now 98-year-old mom Voula in the past few years.

Sardelis was banned from her mom’s former home for 316 days in 2019– after having to fight threats of a trespass order and a charge under the Trespass to Property Act by the home’s operators.

While it sounds draconian, the Trespass to Property Act has been used to retaliate against those who speak up about poor conditions in an LTC or retirement home.

“My mom thought I was in jail,” she said recently recalling those weeks and months she was banned.

After her mom fell and had two brain bleeds and multiple fractures, the home evicted her last February, she said.

“She survived … she’s quite a little fighter,” Sardelis said.

Now she’s living in a completely different situation with her mom, who is at a home called Park Place suites, which allows her in “every day” for as long as she wants. She’s even able to sleep over with her.

“The new home turned out to be a blessing,” she said.

During the home’s COVID outbreak last October, she was permitted to spend two weeks caring for her COVID-positive mom — sleeping there throughout and properly protected.

Sardelis has a “couple of theories” about why homes want to keep people out.

She said beside the possible “whistle blowing,”  as the Canadian military showed in their scathing report on long-term care facilities last spring.

She feels Ford doesn’t want to let the military back in because in some homes nothing much has changed.