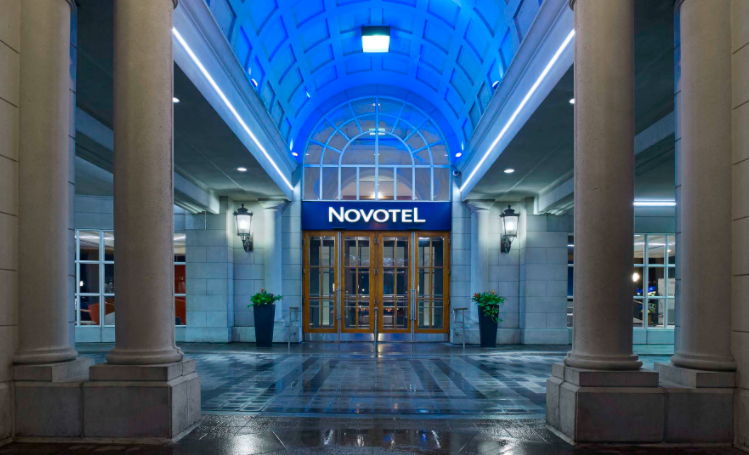 Angry residents, already inundated with unsafe activity and lawlessness in the Esplanade area, were assured Thursday night that once the homeless are moved into the new Novotel shelter from encampments, they won’t be roaming the streets wreaking havoc on the community.

In fact, in a community consultation session dominated by more than 20 homeless industry providers, there appeared to be almost no understanding that four hotel/temporary shelters within 800 metres of each other have had a tremendous impact on community safety, making seniors in particular afraid to leave their homes.

The session, hosted by former longtime councillor Joe Mihevc, was held four days before the Novotel shelter is due to open, housing initially 205 residents, mostly coming from what city staff claim is the immediate community of encampments.

Those attending the virtual session were also told some of the residents will be transferred from the 98 Esplanade shelter, which will close in the spring.

The city’s shelter bureaucrats announced the latest shelter suddenly on a Friday afternoon two weeks ago after I received a tip from a hotel insider that the owners, Silver Hotel Group, had leased the Novotel to the city at $100 per room per night.

The Novotel is the fourth Silver Hotel Group facility in Toronto to be used as a hotel shelter. The other three include the Bond Hotel on Dundas St. E., and both the Strathcona and Victoria hotels,  which are within 800 metres or less from the Novotel.

There were several pregnant pauses from the team of 20-plus when a series of neighbours — some elderly — raised concerns about feeling unsafe to walk the streets.

A local resident, who has lived and operated a business for 33 years in the neighbourhood, said many in the community are angry about the shelter, having already experienced drug trafficking, unsafe and dirty needles, break-ins and fires from the other three shelters in the area.

This caused Councillor Joe Cressy to lecture the resident about the “hard truths” that need to be confronted in the city.

“In recent decades the gap between those doing really well and the homeless is growing … we have to do a better job of taking care of the most vulnerable,” he said. “We have to protect and care for the most vulnerable and build livable neighbourhoods. It can’t be either/or.

We have to do the hard work together,” he added.

But another resident, who called himself Mr. H, made it clear it is either/or.

He said since the 98 Esplanade shelter opened last year they’ve seen violence and drug use, they’ve been yelled at and no longer feel safe taking their dog out at a night.

He reminded city staff that the St. Lawrence Market area is a hub of tourism.

“It’s an idiotic and thoughtless decision,” he said, noting the city staff “put a nail in the coffin of a restaurant industry already bleeding out.”

Mihevc cut him off, indicating he was being “disrespectful.”

“I too am angry that we are all facing this situation of poverty and homelessness,” she said.

While the shelter providers insisted they will be providing 24/7 Community Safety teams to patrol the neighbourhood, Deirdre said the 98 Esplanade shelter also had safety teams who did very little to stop drunken fights out front at 3 a.m. or later.

When she asked if there would be a curfew at the Novotel shelter, Homes First executive director Patricia Mueller said it was not their plan to have a curfew because they’re trying to “support individuals living in their own housing.”

Justin Lewis, a director with SSHA, said when asked about an exit strategy from the hotel — which is leased until December — that they don’t have a “specific strategy” but are relying on public health to determine the restrictions.

As of Thursday, 120 homeless in eight different shelter locations were COVID-positive, despite the considerable money spent on physical distancing in  shelters.