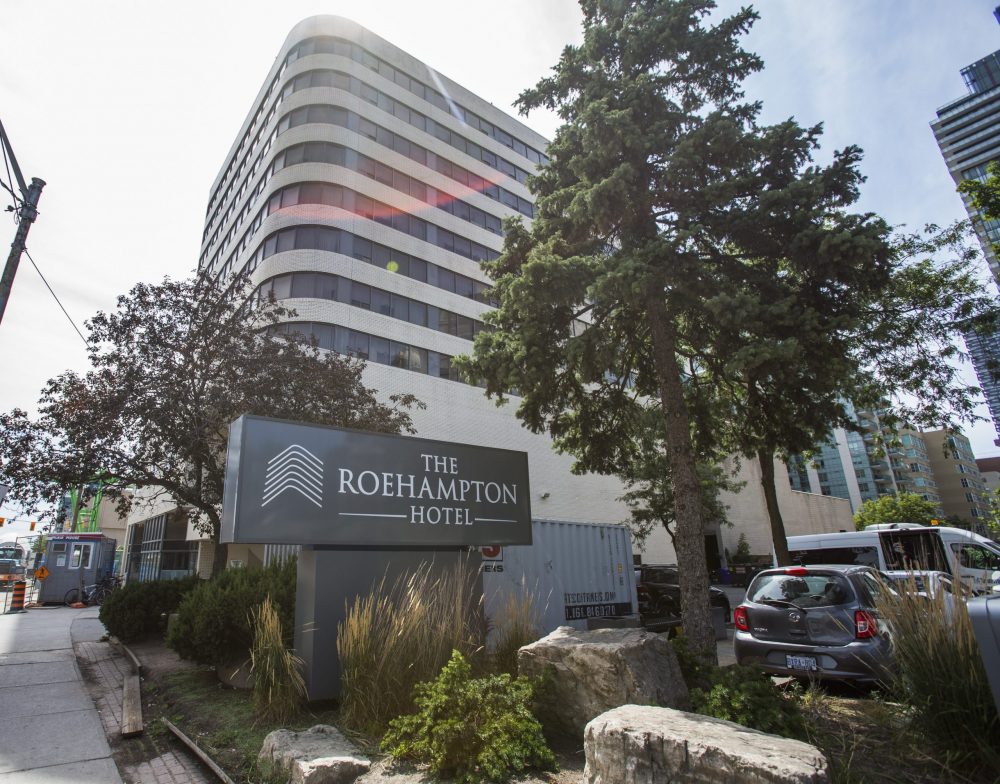 The second wave of COVID-19 appears to be working its way through the city’s homeless shelters, according to figures released by the city.

As of Thursday at 2 p.m., there were 73 cases of the virus in 10 shelters — about double the amount cited two weeks earlier.– with most of the outbreaks occurring this past month.

The number of cases at the Roehampton hotel shelter — which opened in July after the first wave — remained static at 16. That outbreak began Nov. 30.

City spokesman Kris Scheuer said Friday as the number of COVID-19 cases have increased in the community, there’s been an increase in demand for the recovery site — a dedicated isolation and recovery program where homeless who test positive and are awaiting test results are sent.

She said the recovery site still has available capacity and continues to accept new admissions.

Scheuer added that out of an abundance of caution, they city is developing “contingency options” for increased isolation spaces, which could include the Toronto Voluntary Isolation Centre and other regional isolation programs.

According to city figures from Thursday, some 92 of 148 rooms were already occupied at the isolation site.