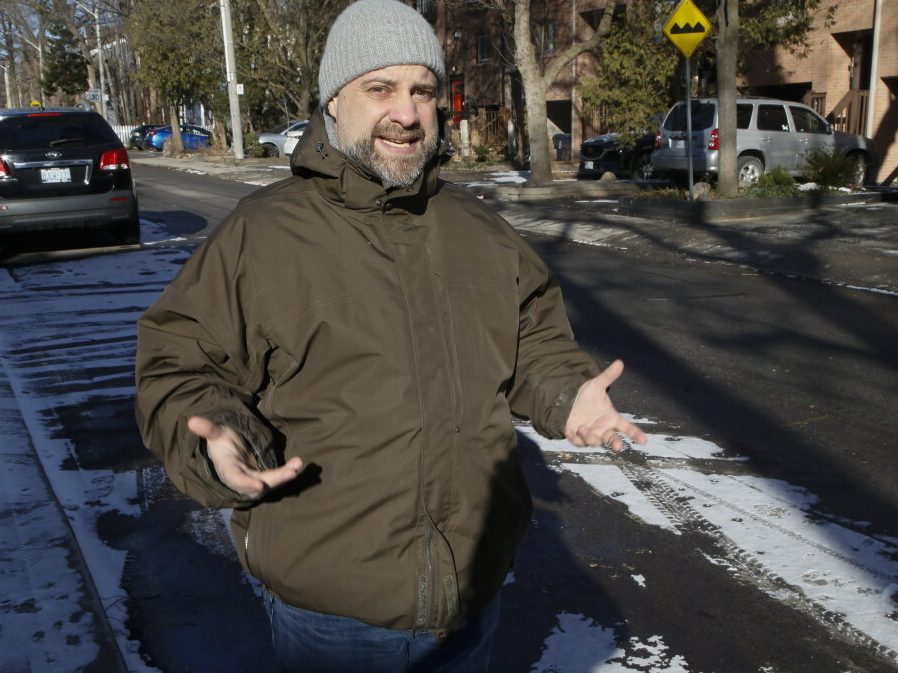 Using a GoFundMe platform, he has raised nearly $8,000 to date. They’ve used up nearly $5,000 of that having the security work three nights a week (they’re hoping to get to four) at $205 a night.

A pacifist, Saad said he made sure he hired a company that had a zero contact policy — the guards are told to run away if someone pulls a knife or tries to engage physically.

But they’ve come up with he thinks is a brilliant plan to get rid of the drug dealers and sex workers on the nights they are on.

He said the guard — in his white car with “Security” written all over it– goes up to a drug dealer or a prostitute and asks them what they’re doing on a particular street being patrolled.

When they indicate they’re just hanging out, the security guard says he, too, will just hang out.

And then he parks, said Saad, and turns on the car’s flashing orange beacon.

Talk about putting the drug dealers and the prostitutes in the spotlight.

“Nobody’s going to buy drugs from a dealer that has a car beside him with a flashing orange beacon,” he said, adding it also deters prostitutes and their johns.

He said there have been no overdose deaths when security personnel are on the job, compared to up to five a night at other times. Break-ins also declined and there are fewer discarded needles and used condoms.

But not everyone is sold on the idea, particularly Wong-Tam.

She said in her many meetings with Toronto Police, they’ve been urging residents to report criminal activity directly to them — either 911 for an emergency or the Toronto Police dispatch line in other cases.