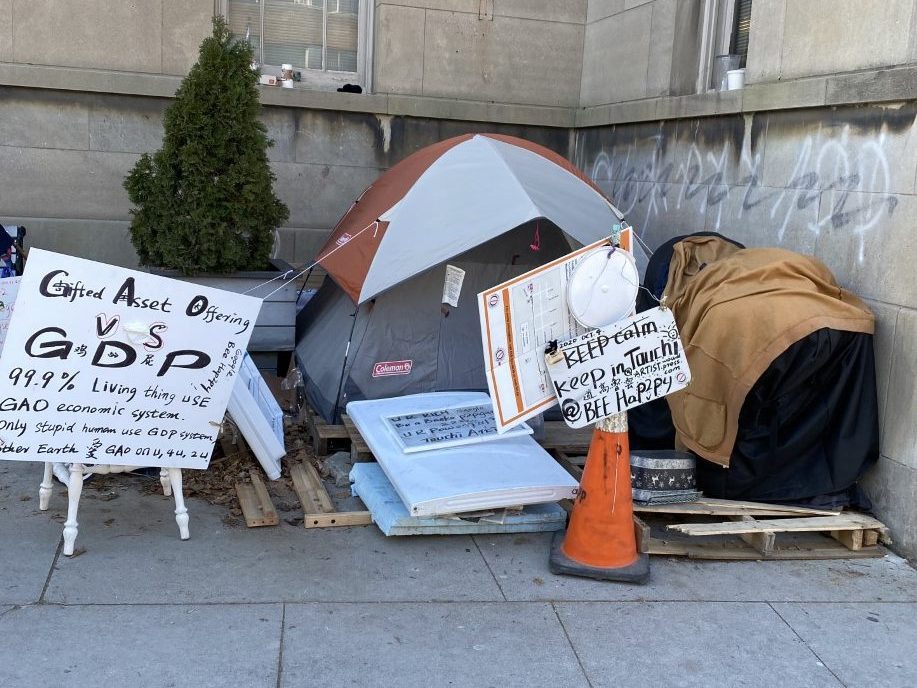 It’s an unfamiliar sight in the Yonge-Eglinton neighbourhood — already struggling with the impact of a COVID emergency shelter in the former Roehampton Hotel on Mt. Pleasant Rd.

A man known to the recently created Midtown Community Safety Group as the “Graffiti Guy” has set up his own camp outside the Anne Johnston Health Station on Yonge, just north of Eglinton.

Adam Saunders, one of the coordinators of the safety group on Facebook, said the man lived at the Roehampton Hotel but after getting into trouble he was “ejected.”

He said during a recent visit to the encampment, the man — who got his name because of the numerous signs he crafts and the graffiti he’s left around the neighbourhood– has been known to “yell and be intimidating.”

Saunders said Graffiti Guy was arrested more than once and an order to stay out of the neighbourhood was recently removed by a judge.

“So he’s back and he’s here, and from what I gather he’s pretty low profile this time,” said Saunders.

Previous The Journey of Michael Kent Next Violent Attack at the Intersection of Front St. E. and Yonge St.