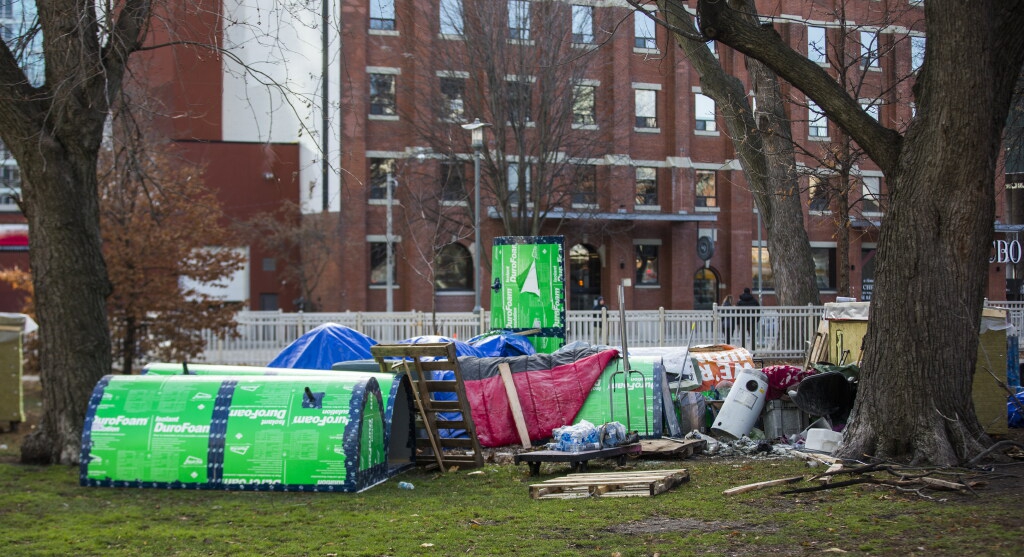 There was another close call Saturday at a Toronto homeless encampment — one of the many tent cities still proliferating across the city, mostly in downtown parks.

Toronto Police Const. Ed Parks said firefighters responded around 11 a.m. to reports of black smoke coming from the encampment in Clarence Square park, located at Wellington St. and Spadina Ave — within walking distance of the Super 8 by Wyndham, one of the city’s hotel shelters.

Initially it was thought a tent was on fire but it was actually the wood piled beside the tent, Parks explained.

Someone in the encampment grabbed a fire extinguisher to try to put it out, he said, noting there were no reports of injuries.

But let’s stop here for a moment.

What will it take to remove this inflammable situation that continues to persist in our downtown parks?

When I last left off on Nov. 26,, the tents were still hard to miss in Alexandra and Trinity Bellwoods Park, and evidently judging from Saturday’s incident, Clarence Square park. The enablers from the Encampment Support Network (ESN) have also installed winterproof green durofoam pods and a do-gooder carpenter has created tiny shelters that were erected illegally in these parks.