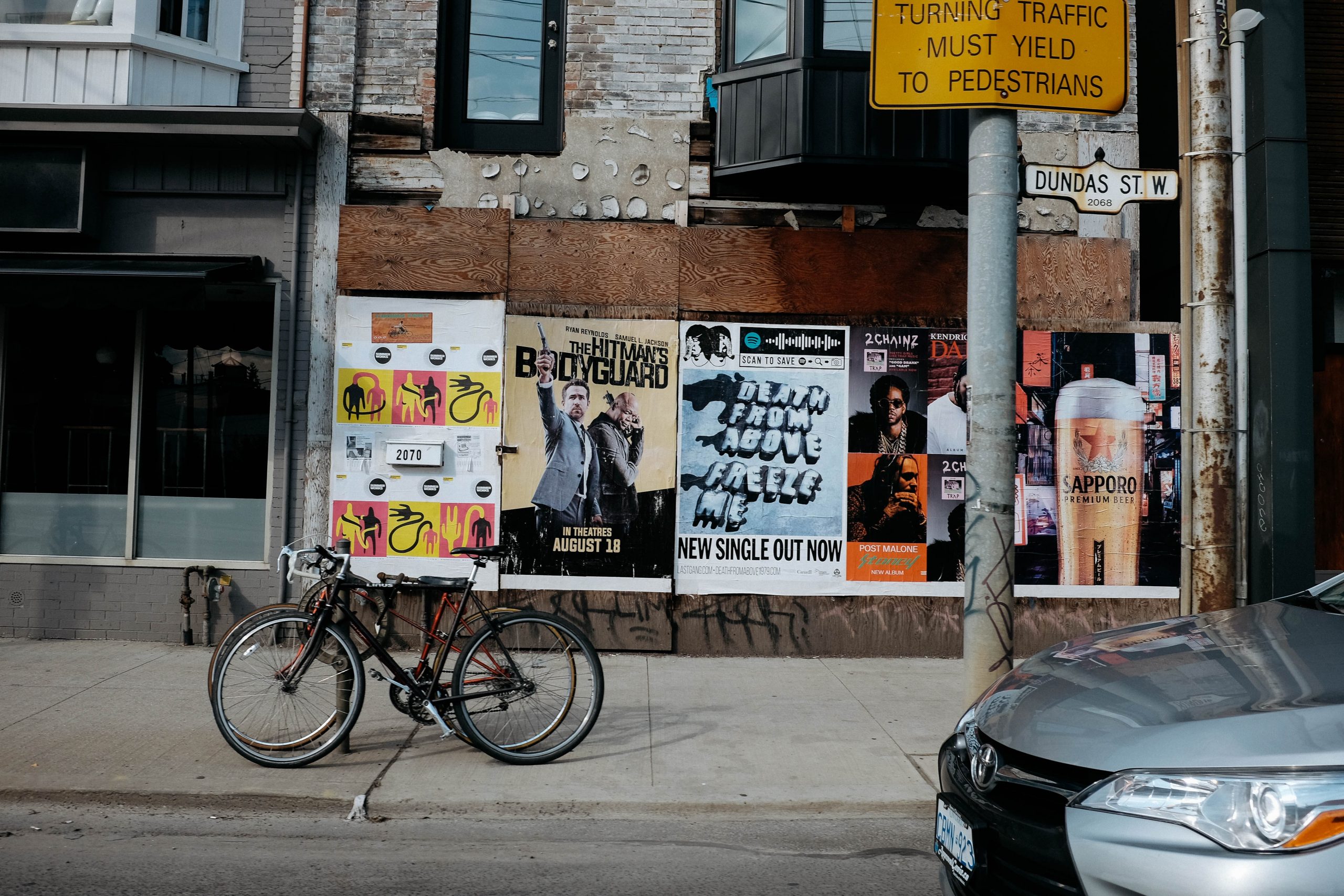 TORONTO WARDS 10 & 13 COMMUNITY IMPACT STATEMENT
Our residential buildings in the downtown core, Wards 10 and 13 have thousands of homes and multiple commercial spaces, including many small business operators, alongside day care centres, schools and senior homes. Our location provides the ability to walk to work either in the financial or entertainment districts. For those elderly, retired and even vulnerable, hospitals are nearby. Many of us have quietly lived and or worked here for 30 years or more and have always felt safe walking around in the neighbourhood, going shopping, to the theatres, sports facilities, restaurants, hospitals or walking to work. Many of us have operated businesses here for over 40 years. Many of us are now elderly couples/single women and some of us are even families with small children. Some of us have an underlying illness that makes us very vulnerable to the pandemic.
Up until last Spring, we have always felt very safe working and living here, even in a pandemic. This is no longer the case. We now are paralyzed by fear when leaving or returning to our homes every day. Many of us suffer from anxiety and depression because on top of a pandemic, the safe environment of our home has been destroyed by the poor conduct and behaviour of some of those being housed in our community. We are now afraid to go for simple walks, the grocery stores or use public transit, because of being accosted by individuals with clear mental health or addiction problems who are not wearing masks. We have been harassed in restaurant patios and bars, as have the staff. Some of us have been threatened with knives. Fires have been set in our loading docks. Mothers with small children have been physically attacked in broad daylight. We have witnessed despicable acts of urination, defecation, and vandalism in our neighbourhood. We have found needles and have witnessed drug deals during the light of day. Many of us have also witnessed episodes of screaming and violence. Some of the women, when alone, have been subject to lewd sexual comments and advances. Those of us operating retail stores and restaurants have seen our clientele disappear and many of us are reporting robberies and break ins with thousands of dollars in damage. Residential and Commercial Security guards and other staff have been verbally abused and threatened. Significant damage has been done to many properties resulting in increased costs and stress to all of us, during the worst economic crisis of all time. Downtown Toronto is no longer safe.
With the pandemic as an excuse, the City has placed 93% of all the shelters in our two wards: 10 and 13, which form the core of downtown including the entertainment, waterfront, and financial districts.
We believe in the fight against poverty and completely endorse the compassionate treatment of those without a home, by having them housed in facilities that can provide them with the services that they need. The SSHA claims these wards must be downtown because that is where the services are; yet most of the shelters in these wards clearly do not have such services, given the increases in trespassing, crime and multiple misdemeanors. Also many of the homeless refuse to be sheltered or have treatment but are naturally drawn to these locations regardless of whether they are sheltered there themselves or not. Often they themselves do not feel safe inside the shelters as they tend to provide easy access for predators. If this population was not concentrated in one area of the City but rather housed, in smaller numbers, across the whole City and where they could be integrated into each community without adverse consequences to those that are already there, they would be much better served. The services required are where the City chooses to place them. Current decisions have been discriminatory towards our community and a pandemic is not an excuse for continuing with such action. Those that need a home during these tough times deserve better treatment and so do all the residents of this City and our wards. There is no reason for them all to be concentrated in the downtown core in large groups that overwhelm the neighbourhood as a significant number of those housed are prone to bad behaviour and criminality that destroys neighbourhoods. We want accountability for what appears to be a huge waste of taxpayer money by using expensive and inappropriate locations for this purpose, as well as for the poor conduct and criminal behaviour of some of the residents that are destroying our neighbourhood and our City.
Toronto Police Services must be given the tools and the budget to deal with increased crime, violence and mental health yet no additional resources have been provided for this to-date. Our City is letting us down. There seems to be money for all sorts of cultural pet projects, but not for keeping us safe. Recent decisions are turning Toronto into another Detroit. Soon it will no longer be “Toronto the Good”, but rather “TORONTO THE UNLIVABLE”.