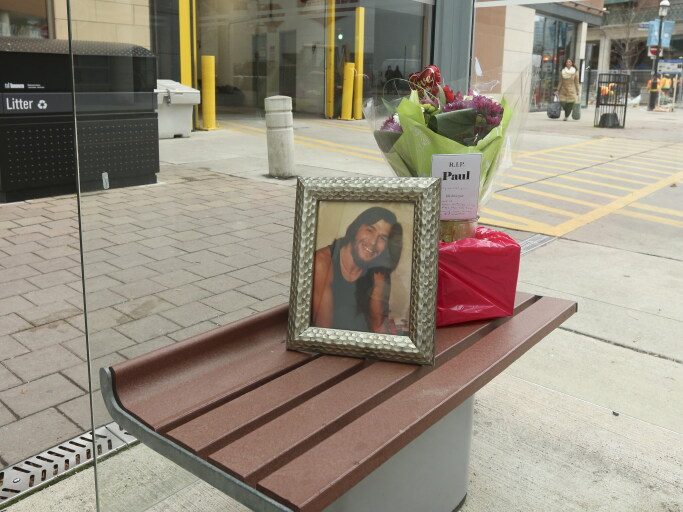 The two say if the family could be found after he passed away, why wasn’t the same effort made beforehand, particularly when he was taken to a downtown hospital following a Sept. 4 stabbing and released four days later in his pajamas.

Sue believes it wouldn’t have been that difficult to find Paul’s family with today’s technology and they could have helped him.

“These people have family, they have people who love them,” Nikki said. “They (the family) just need help finding them.”

But Sue questions what they did and what it actually means to conduct a “wellness check.”

She feels her brother shouldn’t have been given a choice — that he should have been removed to get well while officials tried to find his family.

Ram Kaur, who lives in the area, told us it broke her heart that Paul was “left on the street to die.”

“I feel a great loss that we as Canadians cannot protect people (like him) who are vulnerable,” she said.

Nancy Bokma was one of the residents who did everything she could to advocate for him with City officials and politicians for the area, the Mayor’s office, EMS and the police.

She said Friday that City officials and the 98 Esplanade shelter next door knew what was happening with him and had all the resources to help him, but didn’t.

Bokma said she even called 911 a few days before he died because she believed his leg was infected.

Previous LEVY: Is there a standoff between encampment activists and City Hall? Next TORONTO WARDS 10 & 13 COMMUNITY IMPACT STATEMENT